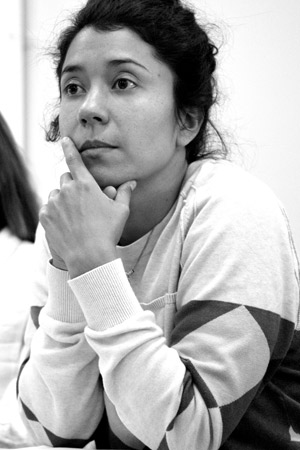 Noël Coward was 24 years old when he wrote Hay Fever. Andrew Bovell was 21 when he wrote After Dinner, which you directed for STC at the start of 2015. How do the plays compare?

After Dinner and Hay Fever are two totally different beasts. Andrew Bovell's play was a comedy of manners, Hay Fever has been described as a comedy of bad manners. One was an exploration of the working class, the other of the upper class. One had a small cast, the other is a larger ensemble vehicle. One was quintessentially Australian, the other is quintessentially British. And After Dinner was about isolation and loneliness, whereas Hay Fever is very much about family – of the "you can't live with 'em, you can't live without 'em" variety. I think After Dinner also had a darker quality to it – Coward's play has a much lighter touch.

What interests me about both the works is that they are real 'character' pieces and require very detailed character work from the actors. Hay Fever is a lot about inappropriate 'double acts' so I've been thinking a lot about contrasts in the casting. Both plays also require a lot of precision and speed in the playing! And they both have the same end game – to give the audience a good night out – to forget your worries for a night, have a laugh and be entertained.

Coward is renowned for his quick wit and occasionally sardonic take on the world, but is there something deeper going on here in his depiction of the Bliss family?

It's a light comedy full of terrifically funny one-liners and Coward's wit well and truly shines through. But it's also about family: how we push each other's buttons, but in the end can't we live without one another. Sorel – the daughter – is having something of an existential crisis, wishing she could have been born into a more "normal" family and that's where the play starts…

The Blisses are the kind of family you'd want at a dinner party – they're fun, uninhibited and eccentric, unbound by social mores. And that lack of inhibition and propriety can be both shocking and exhilarating for their house guests, and for us.

You’re teaming up again with designer Alicia Clements, who you worked with on After Dinner. If After Dinner was a suburban RSL in 1987, what is Hay Fever?

Period and place are important in Coward's work. His plays are quintessentially English in tone. Also, the idea of manners and propriety are very English concerns – so is tea!

But true eccentrics have a bower bird quality – they collect, their tastes are eclectic and the Bliss family is a family of 'artists' – so that's where we are starting with the design. We need to dust the cobwebs off and find a new way of telling this story in order to reveal how truly modern this family is.