Damien Cooper is one of Australia's most prolific and well-regarded lighting designers. Alongside his swathe of theatre credits, he has also worked across dance, opera and film, and passes on his wisdom to students at the National Institute of Dramatic Arts.

Here, we look back at his extraordinary body of work for STC. 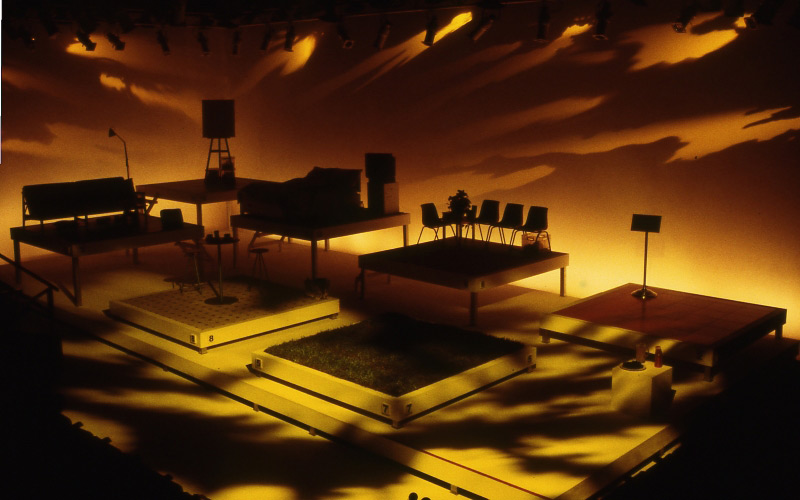 "On The Lost Echo, I remember there was this single footlight. It was one very, very bright projector globe that cast shadows onto the white set. It was very beautiful – I love a real, moving shadow. And Barrie Kosky turned around to me during rehearsals and asked, 'What if it blows?' I said, 'Oh, it'll never blow.' Then it blew in the next dress rehearsal. I learned from that to double rig important single lights like that, which means there's always a backup in place." 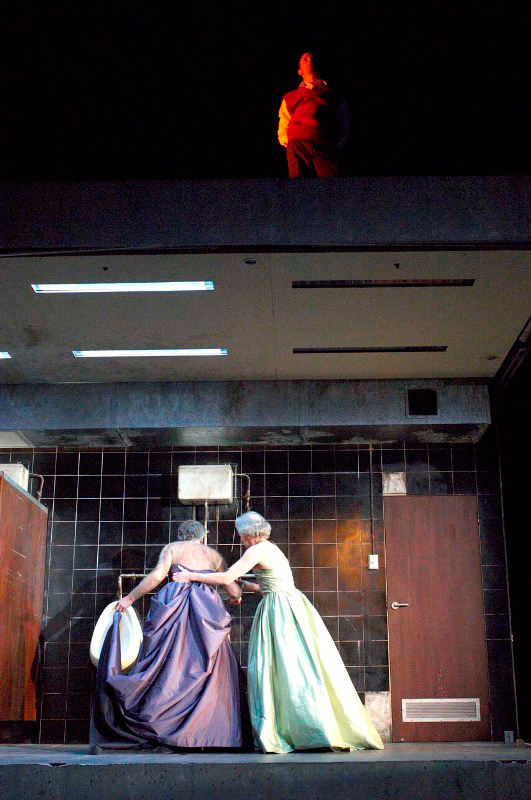 "How much emphasis do you put on the nose? You could do shadow-play and the like but there was a design decision not to make it too comical yet still give it its 'noseness'."

It was Richard Roxburgh who played His Noseness in this production directed by Andrew Upton. Pictured here is Eryn Jean Norvill as Roxane, bound for the nunnery. (Photo: Brett Boardman) 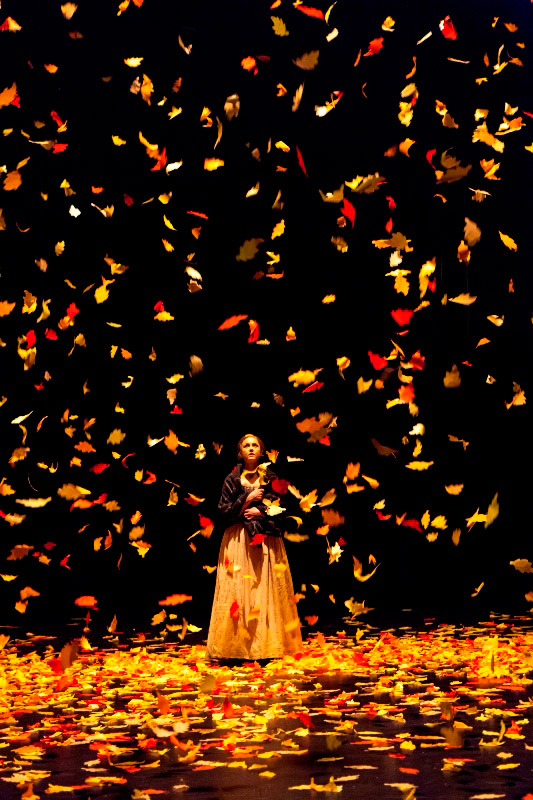 "In Act 1, the audience basically didn't see an actor live on stage, it was all seen through the cameras and projection. That meant I was lighting the show from backstage, which is an unusual experience. I not only had to balance the lights in terms of the actual space the actors are moving in, but also come back round to the audience side and consider how it looked on camera and balance that too." 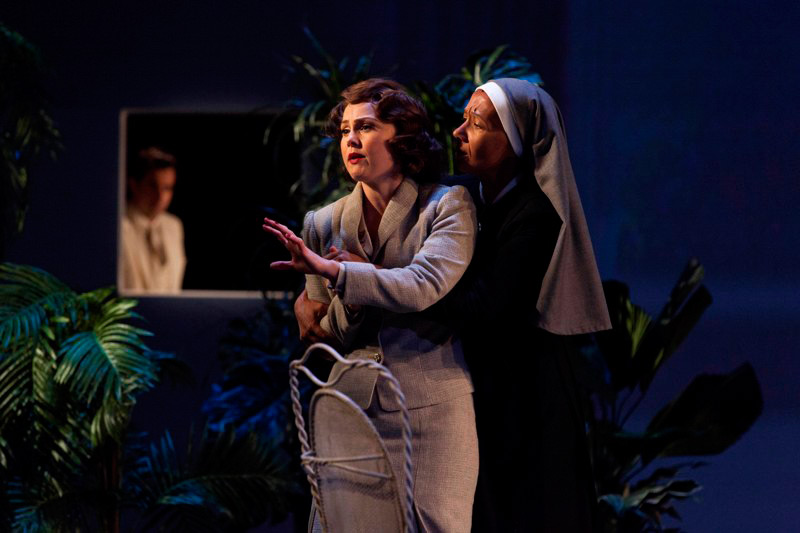 Louis Nowra's uniquely Australian epic was directed by Kip Willliams. In this photo we see Rarriwuy Hick (Betsheb) and Brandon McClelland (Francis) as their characters get to know each other. As Damien recalls, David Fleischer's set design gave him plenty to work with.

"The soil is a wonderful texture to work with. It's changed by the performers, it has footprints, dents and corruptions. You find the right angle and you see all the texture, then you can come at it differently and wash it out. It was quite beautiful to light." (Photo: Lisa Tomasetti) 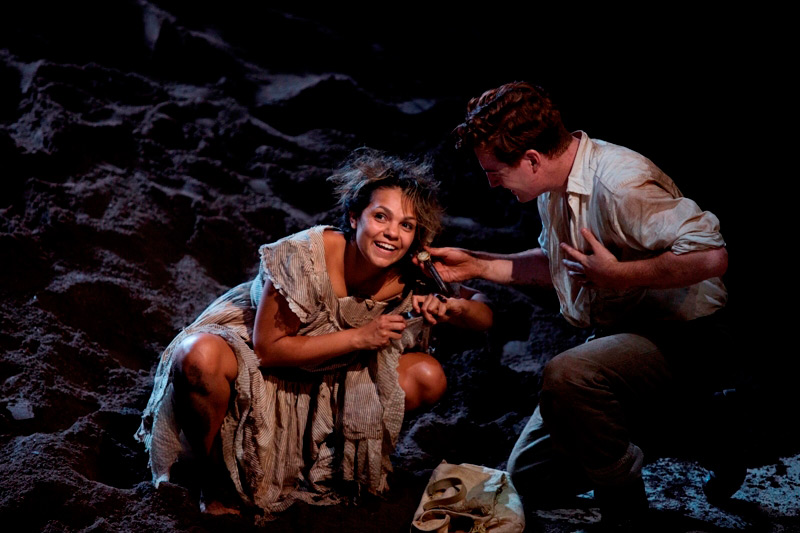 Combining romance, comedy, garden design, botany, chaos theory and poetry, Arcadia is a complex play artfully constructed by writer Tom Stoppard. Pictured here, Georgia Flood, Will McDonald and Michael Sheasby are all sitting at the same table, but their characters are separated by 200 years of history and science. In putting together the production, director Richard Cottrell wanted to ensure its clarity above all. As Damien explains, lighting the stage to achieve clarity is not just about turning all the lights on. (Photo: Heidrun Löhr)

"It might have looked like there were only six lighting cues in the whole show, but there were actually two hundred. To achieve the clarity and level of brightness that director Richard Cottrell likes, we were using quite large amounts of light but chasing the cast as they moved around the stage in a subtle, hopefully indiscernible way." 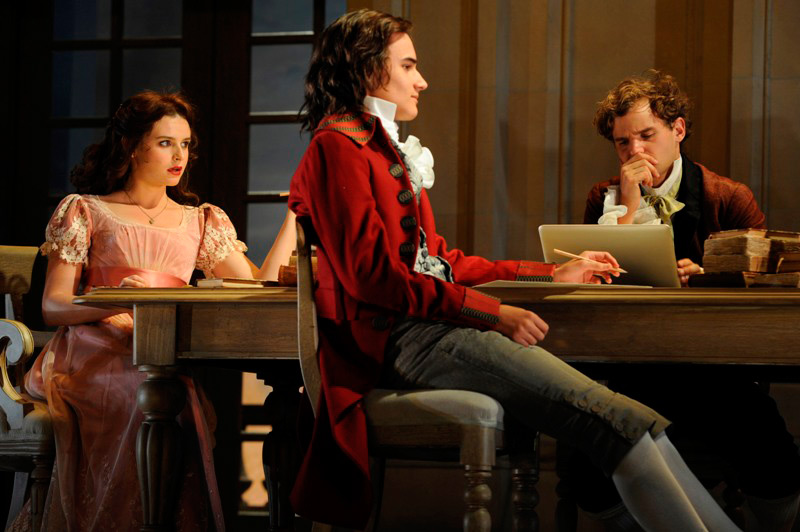