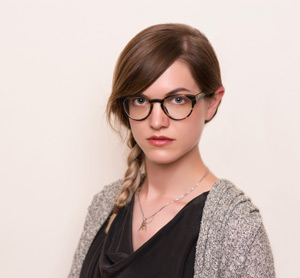 Since graduating from the Western Australian Academy of Performing Arts in 2008, designer Alicia Clements has been a highly sought-after talent across the country. She made her STC debut in 2015 with After Dinner (which you can see her discuss here). This year, she's back to design both the set and costumes for Noël Coward's rapid-fire 1925 comedy Hay Fever alongside director Imara Savage who she collaborated with on After Dinner as well.

Here, we talk to Alicia about what inspired the costumes in particular…

What was the starting point for you and director Imara Savage in discussing the costumes for Hay Fever?

We really wanted to pay homage to Noël Coward and the 1920s. But it's very easy for period pieces to get caught up in creating beautiful costumes that are historically accurate and to lose sight of how the costumes help create and communicate the characters. When we, as a contemporary audience, look at period costumes, we don't necessarily read them for meaning as easily as we do more contemporary clothes.

Looking back at photos of previous productions of the show, the costumes have often been beautifully made and everyone looks very dapper, but it's hard to differentiate the characters. We simply don't notice the references and nuances in the costumes that mark one character's background or personality as different from another's. Hem length and fabric colour in the 1920s may have meant very different things to what they mean now.

So, we wanted to give the actors more to work with but stay true to the feeling of the 1920s. I think Hay Fever needs to have a slightly old-world feel to make sense today – the language is of another time – so it's certainly not about contemporising the production entirely. It's about drawing that fine line between something that feels authentically classic and something that is pure period.

We've used references that are from the 1920s up to as late as the 1970s. For example, with Helen Thomson's character, we drew on a lot of Chanel references. Chanel in the 1920s was wearing her boyfriend's clothes, adopted the Breton stripe shirt and wide trousers and that is a look that is as stylish today as it was when she came up with it.

For Heather Mitchell's dressing gown, we drew inspiration from a Gucci dress. We knew we wouldn't be able to source the right fabric ready-made, so we set about creating something ourselves. Now, once it's been tailored to Heather's figure and has been through many hands from the initial conception to the final realisation, it's very much its own thing. We had a graphic designer help us create the print by deconstructing various vintage prints and putting them back together in a new way, which was an exciting new process for me. 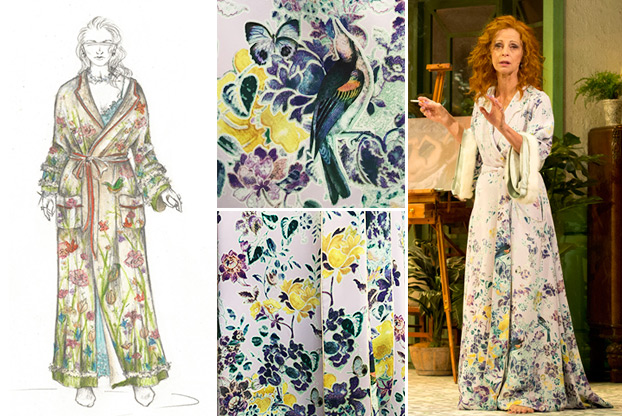 How did you differentiate the Bliss family from the guests?

That differentiation is one of the key elements of this play. The family and the guests they invite come from different worlds. They clash and the comedy arises from that. In terms of costume, the family's clothes are loose, unstructured – sometimes underwear – which gives the feeling that they could have just been sleeping in the same clothes. None of them wear shoes, they're in a constant state of undress. But there's still a lot of beauty and refinement in their clothes, even if they've been worn in thoroughly.

The guests, who are coming to spend a weekend with these well-known, highly respected artists, are dressed up for the perfect countryside party – crisp whites, beautiful Sunday dresses. And they get food thrown at them! 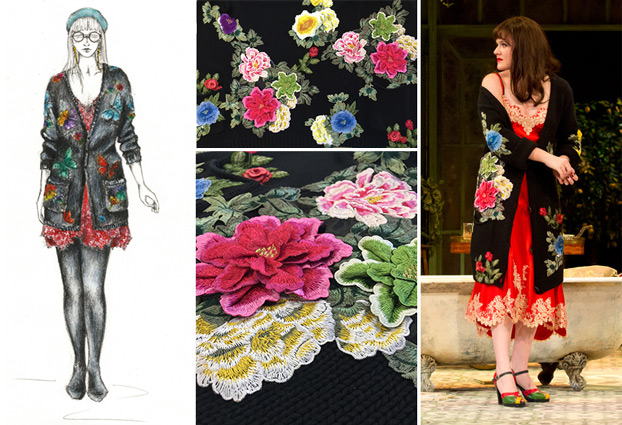