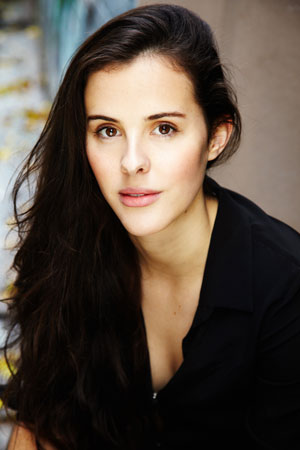 Honey Debelle made her first ever STC appearance in Tom Stoppard's Arcadia at the beginning of 2016. She's back in Kip Williams' production of Shakespeare's classic comedy, A Midsummer Night's Dream. Carl Nilsson-Polias caught up with her to discuss how she came to work at the Wharf.

Was there a particular experience that inspired you to go into acting?

I think so many people have a teacher who inspires them in whatever field they end up pursuing. I had an inspirational drama teacher and, equally importantly, I had an inspirational English literature teacher. That's where it began for me – a love of plays and poetry, of Shakespeare. I'm a little envious of those who made a very conscious decision to be an actor. I landed in it because my best friend started acting classes, when we were 12 – so, obviously, I had to do it too.

At the end of high school, my drama teacher suggested I audition for NIDA. I thought it would be a fun audition process, because I was so young and I'd heard that they rarely take 18 year olds. So, I thought I'd learn something from the audition and meet interesting people, but it wasn't really a commitment. And then I got in.

It was a shock. I'd never made that decision to go to drama school. I hadn't really imagined it; it wasn't the path I thought I would take. But six months into the course at NIDA, I looked around at the amazing, creative people I was surrounded by and thought, 'Yes, this is where I want to be.'

What had you imagined for yourself if not acting?

I was going to do Law/Arts at Adelaide University. I had that all sorted out, then got a call and was in Sydney three weeks later. I didn't expect to be in the arts – I was never the music theatre kid who could sing and dance. I don't know for sure what I would have done instead. In some respects, I still don't know where I'll end up.

Six months after I finished, I got a small supporting role in ABC TV's Anzac Girls, which gave me a chance to be on set with these wonderful experienced actors doing their work. It was also filmed in Adelaide so it was nice to be back there for a bit to see family and friends.

After that, I had a pretty slow year and a half acting-wise but as soon as I finished NIDA I enrolled part-time to do Law at Sydney University, so I've been chipping away at that whenever I'm not acting. That's what's been feeding me intellectually. Not that I want to be a lawyer – I love studying it, I feel like I'm learning a great deal, but it's clear to me that it's not where I'm meant to be. I love studying law because it makes me a better actor, being busy makes me a better actor. When I'm switched on all day is when I do my best work, so finding ways to fit auditions into exam schedules is great. 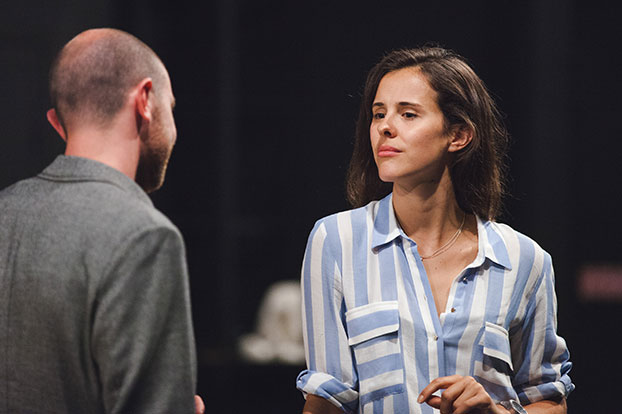 Are you still close to your drama school cohort?

Yeah, so many people come from interstate and you're all thrown in together, so it feels like family. But after being right next to each other for three intense years, we all had this knee-jerk response after finishing of needing to take a step back. As you go on though, it's great to watch what everyone is doing and to get back in touch through work – Brandon McClelland, who's doing A Midsummer Night's Dream with me, was in my year at NIDA and one of my dearest friends, Michael Sheasby, who's in Arcadia with me, was two years above me but also a really close friend at NIDA. And, when you're a bit nervous at an audition, there's nothing better than seeing that the person reading opposite you is someone you spent three years of drama school with. You can relax into it and almost forget that there is still a bunch of strangers and a camera watching what you're doing.

In terms of your intellectual hunger, has working on Arcadia been good for that?

Absolutely. My great regret in never doing that Arts degree is that I didn't get the chance to do electives like philosophy or poetry – my electives in Law consist of riveting subjects like Conveyancing Law, Advanced Employment Law and Taxation Treaties. In the rehearsal room for Arcadia, we've been having really wonderful discussions.

I think it can be too easy to sit only within one camp – 'I'm a creative therefore I don't need to engage intellectually' or 'I'm an intellectual person, therefore I don't need to be emotionally engaged with my work'. Arcadia is this perfect cross-over that proves those worlds are not mutually exclusive. In fact, you need both to have a holistic understanding of either. We had a teacher from Sydney University come in and talk about the mathematical concepts in Arcadia and that was one of my favourite hours of rehearsal. Even when the characters aren't discussing maths explicitly, the theories permeate so much of the play. To be honest, I'm more turned on by the maths and the notion of a deterministic universe than I am by the landscape gardening thread in the play – my parents will be very disappointed to hear that, they love their gardening.

It's great, as well, to be doing not only an intellectual play but also a very technically demanding play. In film and TV, the focus is very much on naturalism and everything else flows around that – Ryan Gosling can mumble words out of the side of his mouth and still be riveting because there's a sound guy whose job it is to make sure we can hear him. That's obviously not the case in theatre, and particularly in Arcadia, in which every character is speaking to win. Every thought has to be carried right through to the end of the sentence, both mentally and physically, not only so as to be understood by the audience but also for the jokes to land and for the play to work.

Our director, Richard Cottrell, is interested not only in what the objectives and actions of the characters are, but also in how they go about them. So, if my character wants something from another character, I might threaten them to achieve that, but how do I threaten them? Aggressively, seductively? I might try one and then change tack. In this case, playing Chloe, it's all about sex.

Are you a writer yourself?

I'm not a fiction writer and, apart from legal essays, I haven't written anything in a really long time, but it is certainly something that I'd like to do down the track. My mum's a writer, an incredible writer, and I love reading great writing. I love acting, but I'm not sure that I'll do it forever and ever – I hope to, but there's always time for other things that feed you, literally and figuratively.

People ask me if studying law is a backup. It's not. I love studying it. I'm not doing it as the boring thing that can pay the rent. I think good actors should be curious about everything, and the more you know the better you are as an actor. It's been amazing to be around the older actors on Arcadia, who have been working consistently for years and years and years. Discussing the big ideas in this play with them, I can learn so much.

Is it daunting coming into an STC rehearsal room for the first time, or does it feel like a chance for mentoring?

Funny you mention mentoring – when you finish NIDA, you can put your hand up to be mentored by a past graduate. I was paired with Andrea Demetriades, who's now here alongside me doing Arcadia. Knowing she was in the show and Michael Sheasby too, I felt so relaxed and comfortable in asking them for advice. I also feel like everyone's opinion in the rehearsal room is equally valued. The chance to watch someone like Blazey Best or Jonathan Elsom or Josh McConville nut through a problem in rehearsals is so rewarding – they make it look so effortless on stage, it's a privilege to see them working to achieve that.

Yes, I'm so excited to be working with [STC Resident Director] Kip Williams on that. I also love that play – Helena's soliloquy was actually my audition piece for NIDA and doing it again for the STC audition was the first time I'd done it since. For NIDA, I'd done it very earnestly – I was 17, completely oblivious to the fact that it was a comedy – and I remember Tony Knight, the Head of Acting at the time, saying it was so sincere he wanted to throw up. He reminded me that the lovers are from Athens, so he made me do it in a Greek-Australian accent to explore the comedy which I had so clearly missed. I couldn't believe it, but I did it. So, coming in to audition here for Kip, I kept thinking, 'Just don't do it with that accent.'

Seeing the show? Let us know your thoughts. Tag @sydneytheatreco and #STCMidsummer