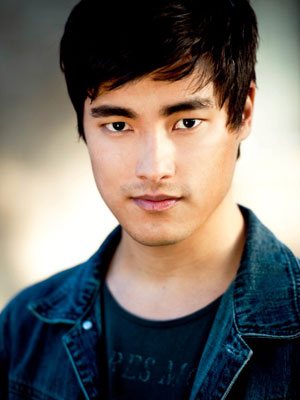 After coming to national attention playing Van Nguyen in the SBS miniseries Better Man, Remy Hii is now known around the world for his role as Prince Jingim in the Netflix series Marco Polo. In 2016, he makes his Sydney theatre debut in STC's production of Louis Nowra's The Golden Age. Carl Nilsson-Polias spoke with him to find out more.

You were a fan of The Golden Age before this production, is that right?

Yeah, I'd read it in high school drama. Then I read it again when I was in my first year at NIDA and it really captured my imagination. I remember falling really deeply into the world that Louis had written and I recall the almost magical realism of certain moments. The part that really struck me was when the character of Betsheb pulls the objects towards her, as though she is telekinetic – it's a moment that's never revisited in the play, it's just there for an instant and then it's gone. I thought it was marvellous. Ever since, I've been in love with the play. I think it's a brilliant telling of Australian life and history through the theatre.

Can your career as an actor also be traced back to high school?

In parts. Drama in high school for me was an escape from everything else. It was a place that I always felt engaged and safe. So it was that, coupled with the fact that my mother always used to take me to the theatre, from when I was quite young. Growing up, particularly when we lived in Brisbane, I'd see shows at Queensland Theatre Company and La Boite Theatre Company and would literally be sitting on the edge of my seat watching the actors. I wanted to be doing that. That's where it really began for me – that hunger, that yearning to be on the stage.

Aside from Brisbane, where else did you grow up?

We moved around a lot. I was born in Malaysia, grew up in Papua New Guinea, then we went to Townsville, then Brisbane. It was all due to the nature of my dad's work – he's a doctor for the World Health Organisation, which takes me around the world a lot.

Did all that moving around inform your interest in theatre, in playing different roles?

Absolutely. I attended six or seven schools in total, so you're constantly trying to make friends and you have to sort of reinvent yourself each time. Anyone at high school is trying to find a way to fit in, and I had that experience repeatedly. But more than that, it was also being exposed to a huge range of cultures. In PNG – I was young then but I still remember it vividly – we had no television, electricity was on and off every other day, so we'd play shadow puppets with my dad's slide projector or we'd go out in the jungle and the local guys would teach me to hunt for wild boar with bows and arrows. I look back on that time and imagine I was like a little Mowgli from The Jungle Book. These things really helped spark my curiosity and imagination. 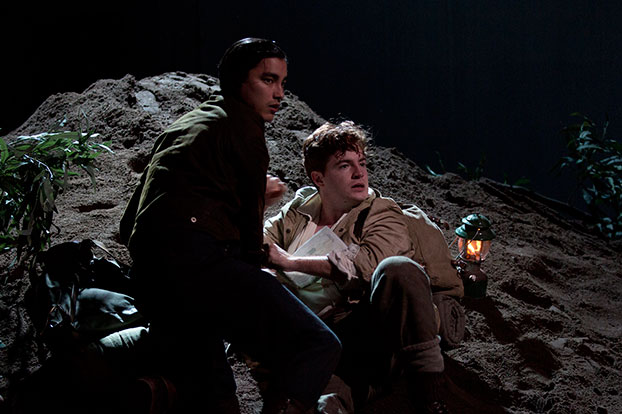 Is Sydney home for you now?

Yeah, I've been here for about five or six years now and love it. I moved down in 2009 for NIDA and haven't left.

These days, aside from appearing in The Golden Age, you're also in the Netflix series Marco Polo. What was the path from your training at NIDA to where you are now?

I had a funny stop-start trajectory. In my final year at NIDA, I auditioned for a great role in a big Hollywood blockbuster that already had people like Bradley Cooper attached. I did six auditions, found out days after graduating that I had the role and was on a plane to LA within a couple of weeks. It was this massive CGI epic. Did all the pre-production work, ready to begin shooting at Fox Studios and then it kept getting pushed back and suddenly it got cancelled. The GFC was starting to hit movie studios and the money to make it just disappeared. The rug was pulled out from under us. So, I went from having this really great opportunity to being back at the drawing board, with six months of no work to look forward to.

What a baptism of fire. Out into the industry and you get burnt immediately.

It was the best lesson I could have learned. It put things into perspective and showed me that you can't take things for granted in this industry. Nothing is certain. The only thing you can control is yourself. The rest is up to the gods… or the studio execs.

Six months after that, I was cast as Van Nguyen (the Australian man sentenced to death in Singapore) in SBS's Better Man. That show really stood for what I care about in my work – a very compassionate story with a strong social component. For me, it was such an enriching way to break into the industry – doing an indie SBS show. I learned so much from the experience and it opened a lot of doors.

I did my stint on Neighbours, which was a lot of fun and you can learn a lot from that fast-paced environment where they have to churn it out. And you're in the company of older actors who have done some really hard yards. I think there's a reason why so many Australian actors who have done some Neighbours or Home and Away have made it overseas – they know how to work hard and get the job done quickly.

Is The Golden Age your first time back on stage since NIDA?

Yes. The night before we opened I had one of those actor's nightmares, where you lose your lines on stage. I graduated in 2011, so it's been a while, but my passion was always for theatre, so it's great to be back.

There's been a bit of media commentary on the diverse casting of The Golden Age. What are your thoughts from inside it?

Maybe I'm being naive, but I don't bat an eyelid at it. A while ago, my mum told me she saw Billy Elliot in London, in which the boy was Asian and the parents were white. You can only assume they hired the best singer-actor-dancer for the job. It's never mentioned, it just is what it is. I think you have more leeway to do that in theatre and I'm really happy to be part of a play that does.

Having Ursula Yovich as my mum and Robert Menzies on my dad couldn't happen on Australian film or TV these days. But, on stage, the audience takes more responsibility for creating the world and exploring the connotations of what that casting means for the story. With The Golden Age, I feel it opens it up to so many more questions for the audience. I think that's wonderful. That's what theatre is. It should be challenging and it should be expanding our view of the world.

And while the casting opens up particular resonances in this play, there's no reason why this can't happen in every play. No reason apart from certain entrenched ideas about what people expect. But I think we're making really great strides.

Do you have creative ambitions beyond acting?

Oh boy. I have a lot of stories I want to tell. At the moment, though, I'm happy to keep telling stories through my work as an actor. I have dabbled in directing in the past on small projects, which has been equally exciting and terrifying. I still feel like I'm honing my craft as an actor, and I'm not sure if or when that will ever stop.

I used to play in a band for a number of years, which was a great parallel outlet. I think a lot of artists don't see themselves as working in just one niche – there's a creative urge and you find ways for it to come out.

Photography is another passion of mine. I have a growing camera collection that needs to stop.

Has doing The Golden Age made you want to travel to southwest Tasmania, where the play is partly set?

Yes, it does. I've already been looking at flights down for once the show closes. I feel like I have to now.

I often feel that really strong connection to roles. There's a part of you that never wants to let it go. And I think something like a trip to Tasmania can be a kind of closure.

Going back to your work on Better Man – a true and very sad story of someone being executed – how do you manage that personal investment as an actor?

That was a tough one. I found it very difficult. Before NIDA, I had studied a university subject called Human Rights and Ethics around the same time that Van Nguyen was hanged. It was a big deal for me at the time, so, even before working on it, I was invested in it. Then we shot it, more or less in chronological order, which is rare. So, the hanging was the last thing I shot. It never really left me. I had bad dreams for nine months to a year about that scene, about being in his shoes. In a strange way, perhaps I didn't want to let go of it either. As a sign of respect to him.

Drama school teaches you to not take the work home, but it's easier said than done. It's that fine line between joy and pain. As an artist you love what you do, but there can be a dark edge to it.