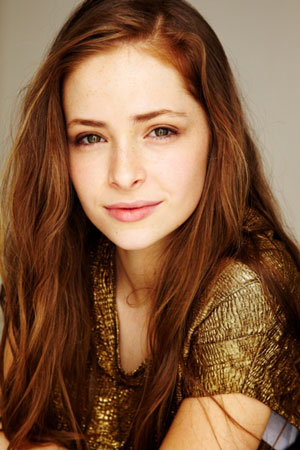 Ashleigh Cummings' first appearance with Sydney Theatre Company was in a small role in Our Town back in 2010 when she was still a teenager. This year, she returns in a much more substantial role, playing Iris Hocking in the new Australian thriller The Hanging. In the interim, her acting career has kicked into high gear, with lead roles in popular Australian TV series including Miss Fisher's Murder Mysteries and Puberty Blues. We caught up with her during rehearsals to find out more…

You grew up in Saudi Arabia, is that right?

Yeah, I was born there in Jedda and then lived in Riyadh, before we came to Australia when I was 12. My parents worked in the medical field and moved there for the adventure.  We spent a few years travelling elsewhere, so all up I had about 9 years in Saudi.

Was acting part of your life back then?

With my parents at work, my nanny was like a second mum to me – an amazing Filipino woman, and a great singer. So, I heard singing in the house all the time and her friends would come round for karaoke and make me perform. Eventually, I ended up joining this underground, secret theatre group called Cordoba Cabaret Kids, which was run by an Australian woman (Cordoba was the name of one of the compounds). It was totally hush-hush because you might suffer whipping or even execution if the authorities found out. It was a bunch of kids who'd put on shows singing, dancing and acting for an amphitheatre of about 400 people. So it was secret, but big in the expat communities; we did something like five shows a year.

Also, I'd always loved dancing. I think I was aged two when I snuck out of home and went to my first dance class. By the time I came to Australia, it was a 31-hour-a-week exercise – I wanted to be a ballerina. But then I became unwell and dance kind of fell away, but my dance agent suggested I try out for some acting work instead.

Then, when I was 14, I decided to run away from home and went to America. I knew one person there, who happened to be an actress. So, just through osmosis, living around her and meeting her friends, I gradually fell into it properly. I'd always been obsessed with psychology, so it was a good fit, but there was no particular moment where it clicked for me. This answer would have been much simpler if there had been!

What do you feel your time in Saudi Arabia gave you?

It's a really interesting question because, at the time, it was obviously all I knew. Things about Saudi that people here baulk at were just part of normal life. Checking under the car for bombs was as part of daily life as brushing your teeth. So was the secrecy. And the fact that women didn't drive. I always grew up in a very female-empowered house, but my parents didn't start talking with me about the politics of Saudi until we came back to Australia. If we, as children, had repeated something we'd heard in the wrong context out in the streets or in the souks, it would have made us unsafe. It wasn't worth the risk.

The expat life meant that I spent my whole childhood slipping in an out of different environments. People come in to the community and then leave. Especially after 9/11, there'd be kids at school one day, gone the next. We basically did that too; we ended up fleeing Saudi, but our parents told my younger sister and me that we were just going on holidays.

That life prepared me for the acting world. I started working professionally when I was 15 and I never had difficulty going to different cities, connecting with new people right off the bat – that's what I'd always done. I was also just as good at disconnecting, which, if anything, is a skill I've had to learn how to use discernibly.

And having had all these experiences, with different kinds of people in different places around the world, I've learnt to always meet people with compassion, even if you disagree with them. That is often exactly what I need to do as an actor approaching a character. I can't judge them, I need to understand them. I build a story around their lives, their background, their familial experiences. 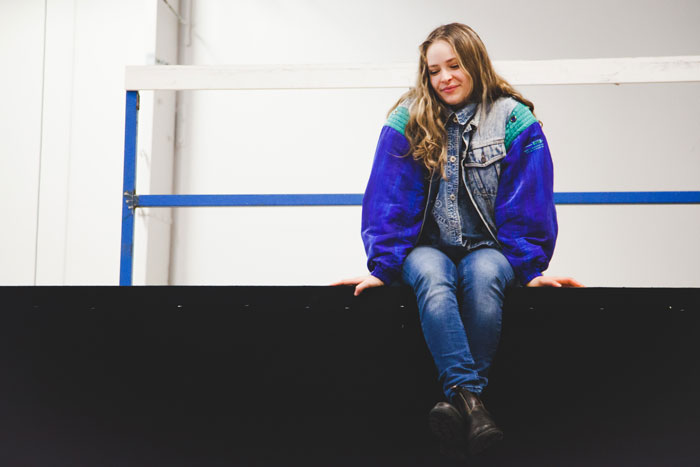 Why did you run away from home when you were 14?

That was me deciding I was really independent. My poor parents. I basically said to them, "Look, you brought me up this way, what do you expect?"

They were incredible in letting me jet off to the US. I had really struggled to integrate into Australia as a ‘home’. It was such a different place to live and I needed to be back 'out' in the world. Also, Saudi had been such a protected life, I felt like I needed to break away from my parents and find myself. I guess most teenagers do it with alcohol and sneaking out, which my parents might actually have preferred, but I did it very differently. I can only understand now how terrifying it must have been for them. I had no real understanding of the Western world, so there I was wandering the streets of New York at 2am. I was naive.

I craved new stimuli. I'd had two years in the same school in Australia and hadn't really gone anywhere else. I needed a new challenge, to meet new people. It's an urge I've had to learn to pacify, always wanting something new isn't healthy. I mean, the importance of 'being present' is such a widely acknowledged phenomenon, but I've had to realise that for myself. Still, it's one of the reasons I love acting – I'm always finding and exploring new characters and stories all the time.

In The Hanging, you're playing Iris Hocking. She's 14. What's your impression of her?

She's quite my antithesis. She's grown up on a wealthy Melbourne estate her whole life. She's very guarded and very skilled in protecting her vulnerabilities. She's never had someone to take care of her, to really love her. She's been abandoned by her parents at this boarding school, so she seeks that missing love in roundabout ways. She enjoys rules and schedules because she can know them, understand them and use them as a framework to keep her in her comfort zone.

So, yeah, when I put it like that, everything that I am, she's the opposite. Ha!