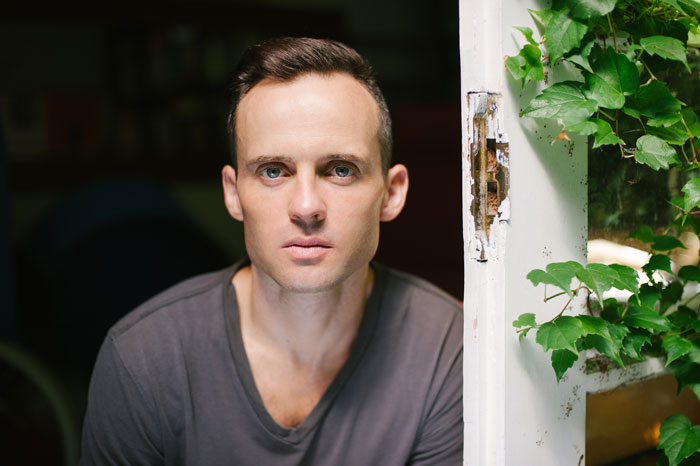 Each year, STC welcomes a playwright-in-residence as our Patrick White Fellow. This year, Tommy Murphy (Holding the Man) has joined us on The Wharf. Here, he reflects on the experience thus far…

There’s a staff entrance to the upper level at The Wharf. It’s where the vehicles enter the workshop area. Relics from old shows hang from the walls and ceilings. New scenic elements spark with welding torches or scream under bandsaws. It’s the entry into the STC’s home that best announces its industriousness. It’s an atmosphere that I imagine this building has always imbued.

Back when the Central Wharf Stevedoring Company operated these buildings my grandfather, Jim Murphy, was granted an opportunity here. My Aunty Bernice tells me he was rescued from the unemployment that plagued returned serviceman after World War I. He remained working here until the 1960s. His workplace was by all reports loaded with colourful characters. Some things never change.

I’ve always thought people are drawn to theatre, audiences and artists alike, seeking connection. It’s true of playwrights too. Novelists can endure the isolation but playwrights choose a form that requires congregation. Much of its making is also about gathering in rooms. There are, of course, those long patches that demand a playwright sit in quiet reflection, scrawling on a printed script or tapping away at a computer.

For eleven years I have been a professional writer and much of it has been at my kitchen table or a desk I’ve set up behind my laundry. It’s quite nice out there in the garden – but lonely and you long to return to your collaborators. The Wharf has rescued me from that now. The Patrick White Fellowship at the STC has tasked me with a play to write and provided me a desk from which to write it. I have noticed that key to productivity is the interaction with those around me: the colourful characters and the hum of the building itself.

The chats in passing remind you that you work within a community of shared wisdom and history. On day one, John Howard stopped to tell me about the productions of Richard Wherrett and what it was like to workshop a play for Nick Enright. This week I quizzed Vanessa Downing about her dual career as a lawyer before she ducked off to rehearse her multiple roles in the five new Power Plays.

The ingenuity of this place continues in the rooms sealed off from the public where marketing materials are designed, company logistics are resolved and casting and script development are debated. The busyness is catching right the length of the building to where theatre makers and audience linger at the Wharf’s pretty endpoint. I feel very lucky indeed to have this as my base for a twelve-month gig – that is already going too quick.

I can see why my grandfather, old Jim, hung around.