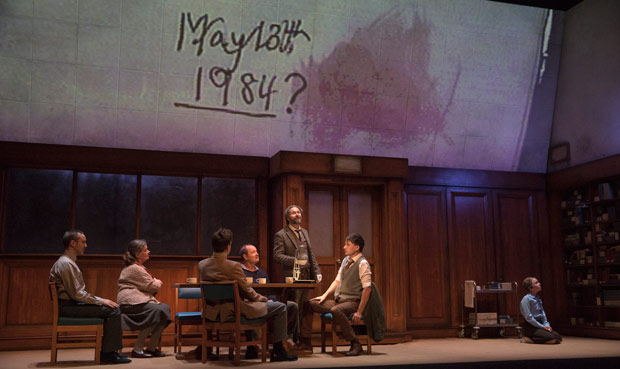 It’s April, 1984, in London, Oceania – a totalitarian state that routinely spies on its citizenry (“Big Brother is Watching You”, as the posters in Oceania put it).

Winston Smith, who works at the Ministry of Truth, has decided to take a drastic step; he is going to write a diary. If this act were to be discovered, Winston would likely be executed – Big Brother is always watching.

This synopsis is part of the program for 1984, which also features:

Seeing the show? Let us know your thoughts. Tag @sydneytheatreco and #STC1984