Gallery: Creating Clouds in Accidental Death of an Anarchist

Rich in humour, politics and bold aesthetic, STC's 2018 production of Accidental Death of an Anarchist, directed by Sarah Giles, is exploding with creativity from all corners. As the actors indulge in slapstick and soliloquising across set designer Jonathon Oxlade's recreation of a Milanese police station, lighting designer Trent Suidgeest's beautiful skyline fills the panoramic window as it gracefully transitions from dawn to dusk.

Here Trent explains how the clouds were created...

"These are the glass discs we use to create the clouds, called “gobos”. They are called gobos for “GOes Before Optics” or “go between” the lamp and the lenses. Hundreds of steel cut patterns are available, commonly used in theatre to create textured lighting. You can also have fancier glass gobos bought from catalogues or designed and manufactured with gradients and greyscale. They are so much more realistic and detailed in the effects they can create."

"I personally designed many of the gobos used in Anarchist in Photoshop, then I mashed them on top of each other in varying colours or with colour mixable spotlights to create the layering with intensity and colour. There are approximately 30 lighting cues in the show where the Clouds adjust in brightness; tracking the afternoon through night, plus some camp Hollywood style sunset states for the dance or more theatrical moments. They change over varying times with some changes taking up to 4:30 minutes to subtly shift the vista behind the window." 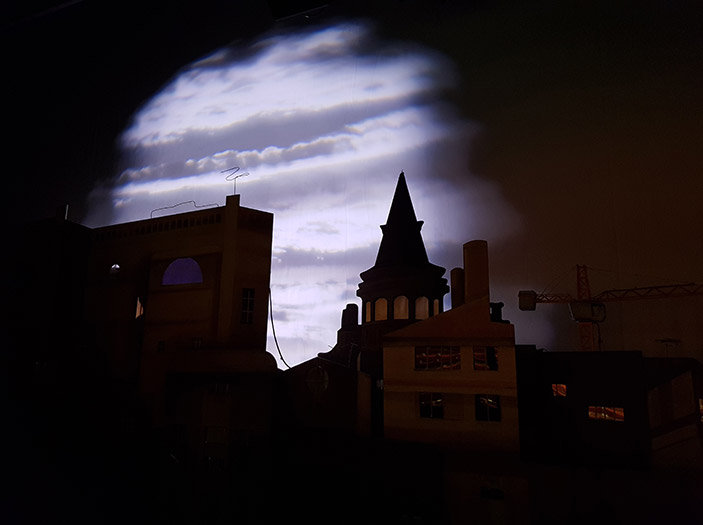 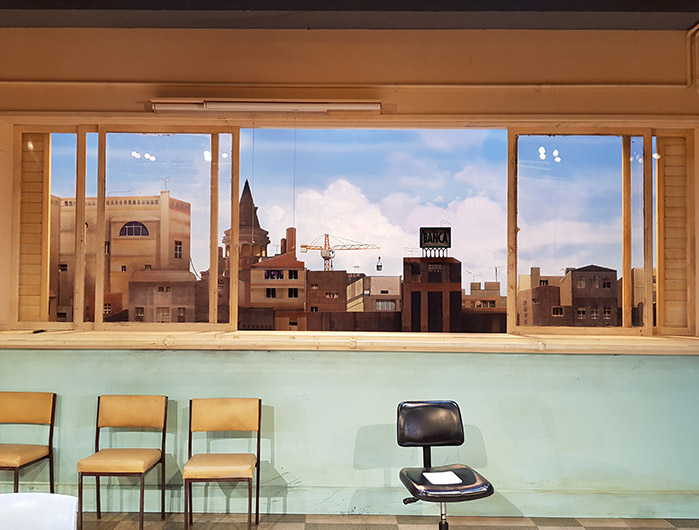 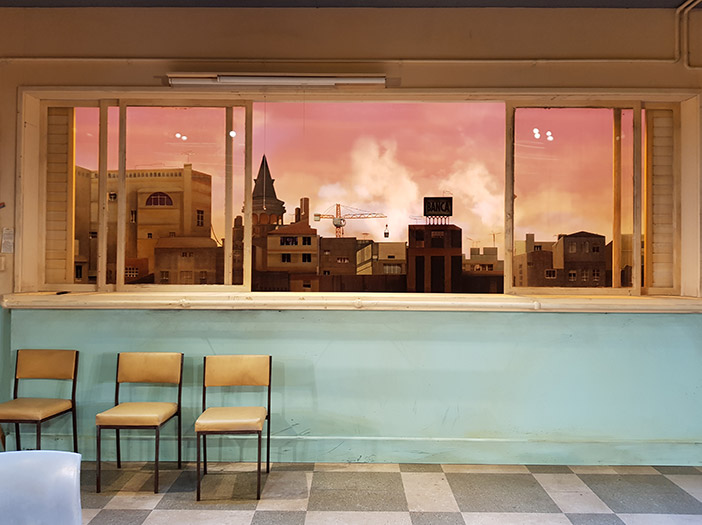 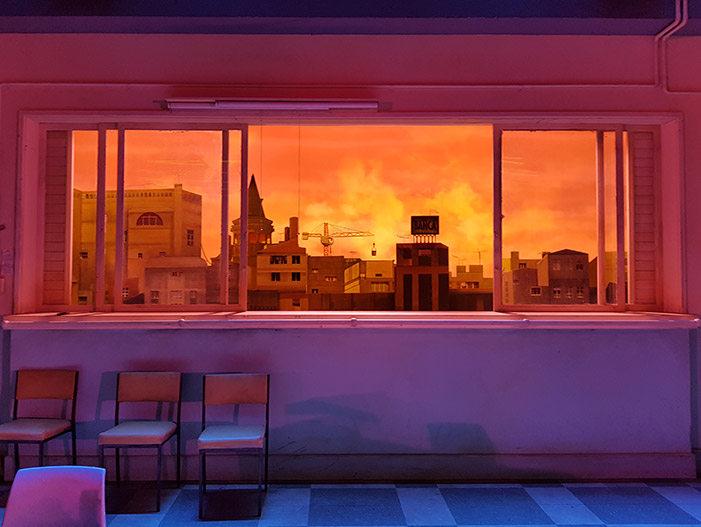 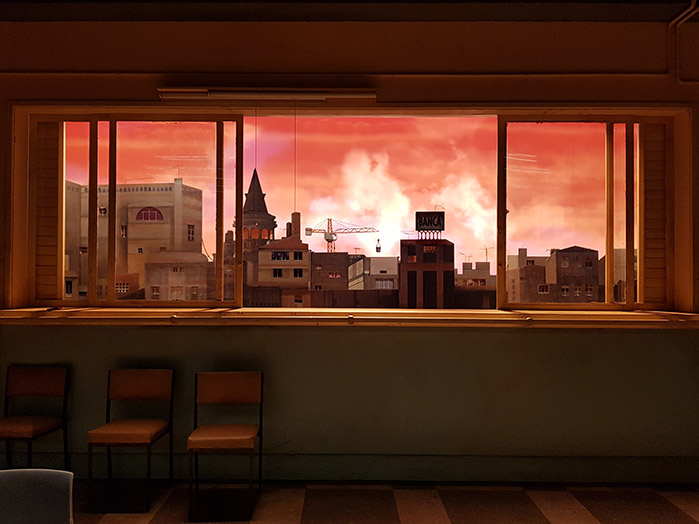 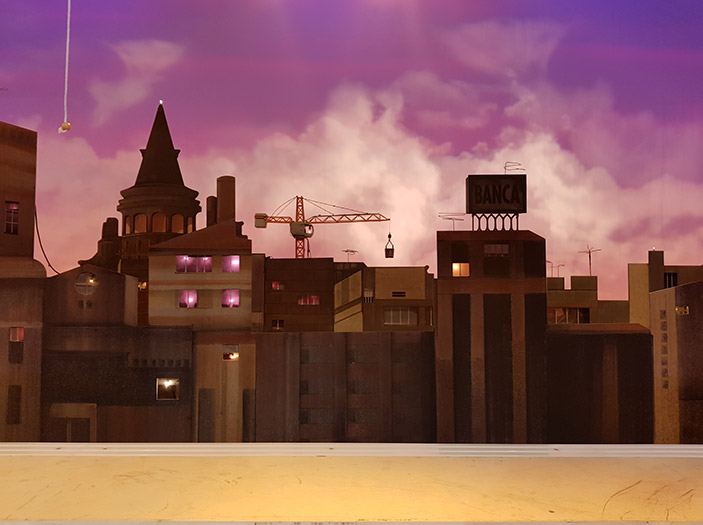 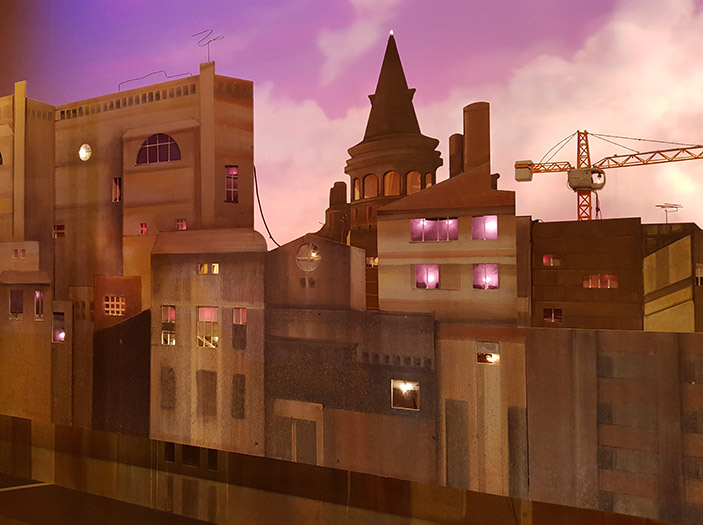 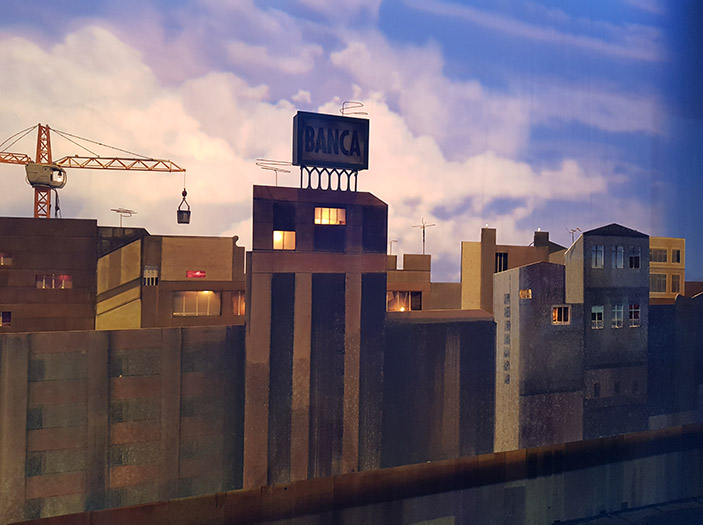 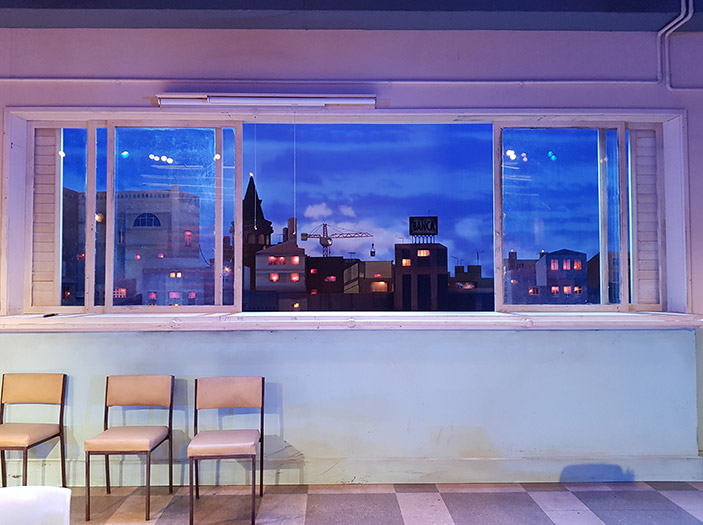 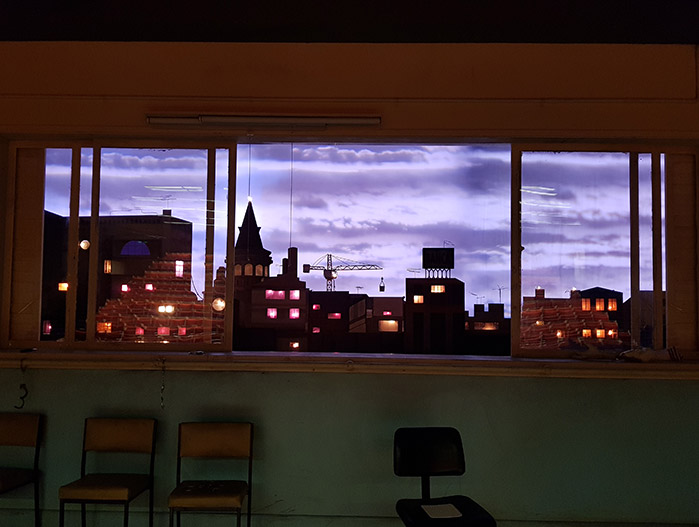 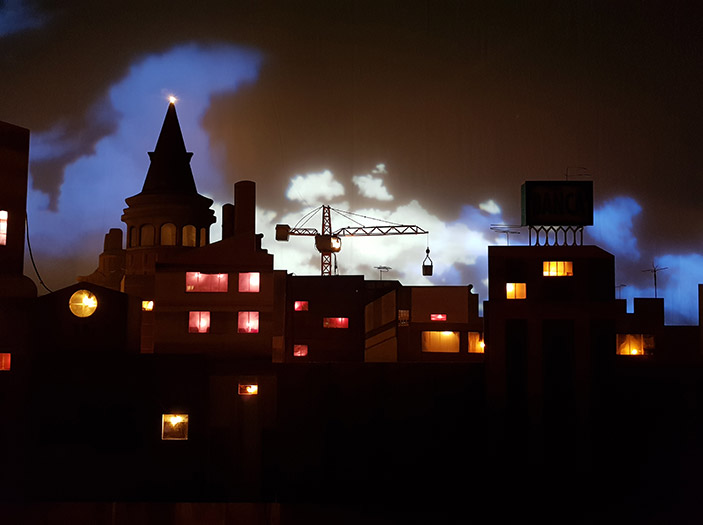 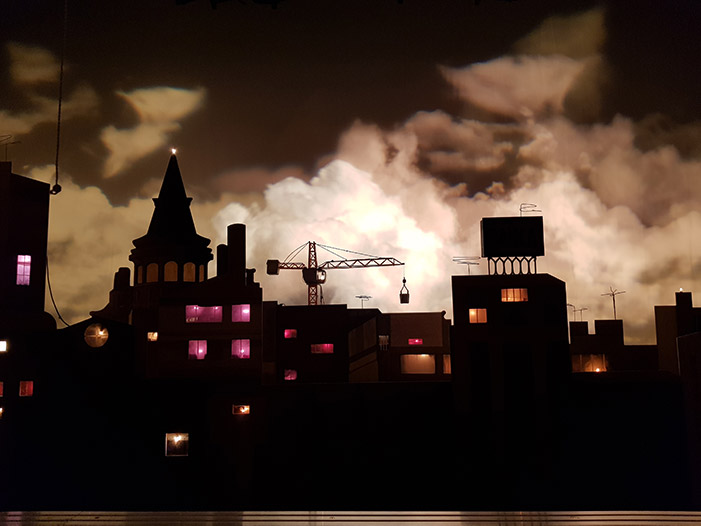 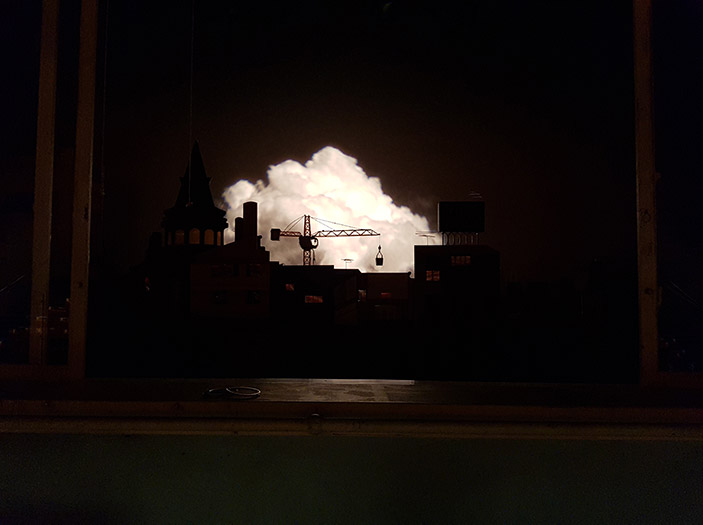