One of the most memorable and divisive creatures in Australian theatre, many of us have known a Miss Docker in our time. A pillar of the local church, a carer to the infirm, a sociable neighbour – and an insufferable and inescapable know-it-all.  Based on a neighbour of Patrick White's during his time living in Castle Hill, Gertrude Docker, known simply as Miss Docker, leaves a lasting impression on audiences no matter whom she is played by. After a frosty first reception, Australia learned to love protrayals of this ghastly anti-hero who, though she cannot win our affections, at least elicits our sympathy. Over five decades since she was first imagined, Miss Docker is still simply looking for somewhere to belong.

The first Miss Docker was played by Nita Pannell, at the request of Patrick White. The production was staged by the Union Theatre Repertory Company, now known as Melbourne Theatre Company, and directed by John Sumner.
(Images: Henry Talbot) 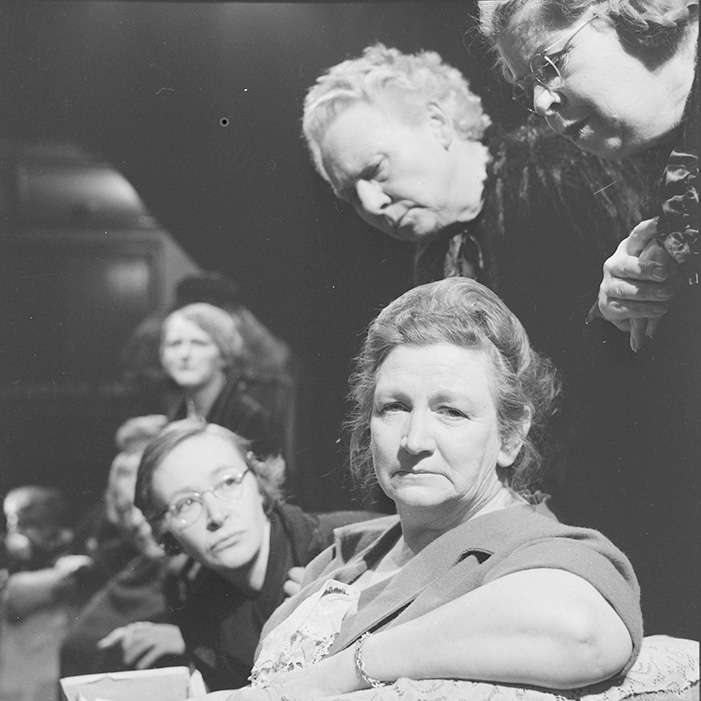 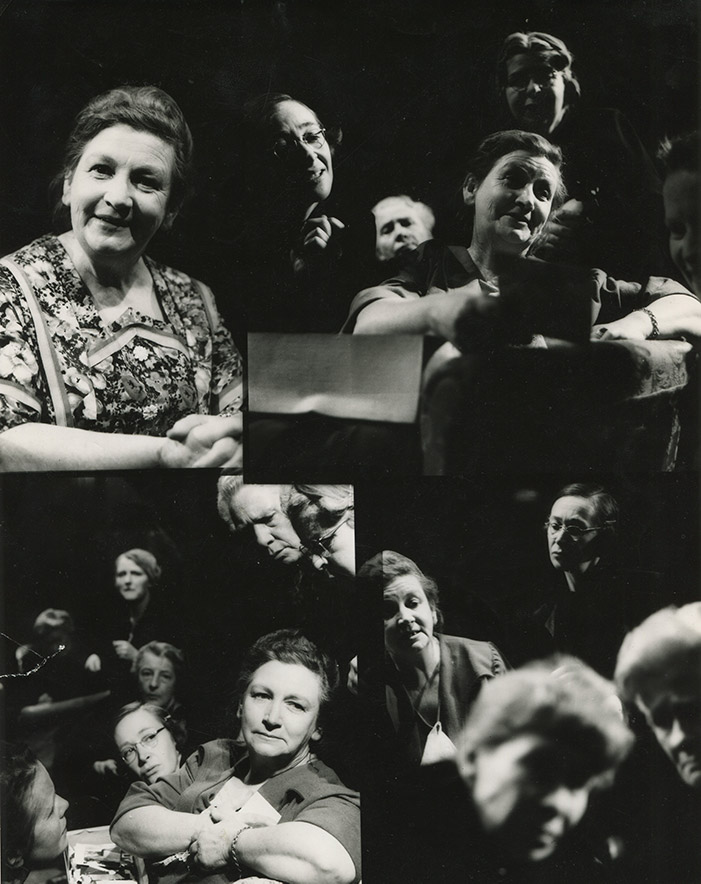 "She's a wrecker, who first of all almost destroys two private lives, then a home for old people, and finally the Church, by her obsession that what she's doing for other people is for their own good." - Patrick White describes Miss Docker in a letter to Geoffrey Dutton, 1962.

This outlandish portrayal of Miss Docker by Robyn Nevin helped raise A Cheery Soul to its rightful position in the Australian theatrical canon. The production was staged by Sydney Theatre Company, produced by Paris Theatre Company, and directed this time by Jim Sharman.
(Images: Branco Gaica) 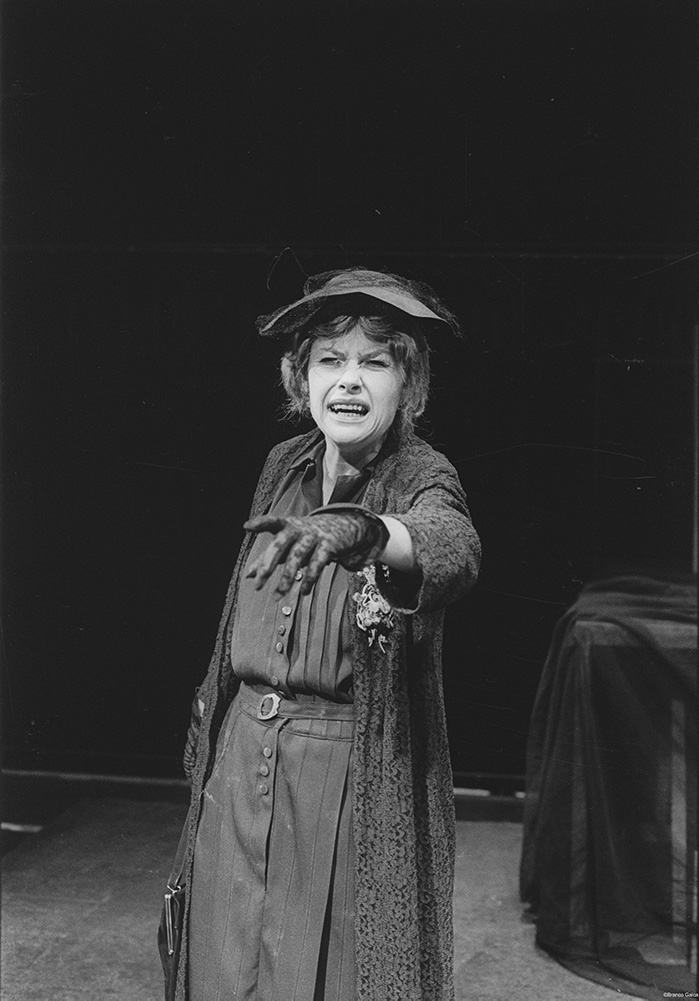 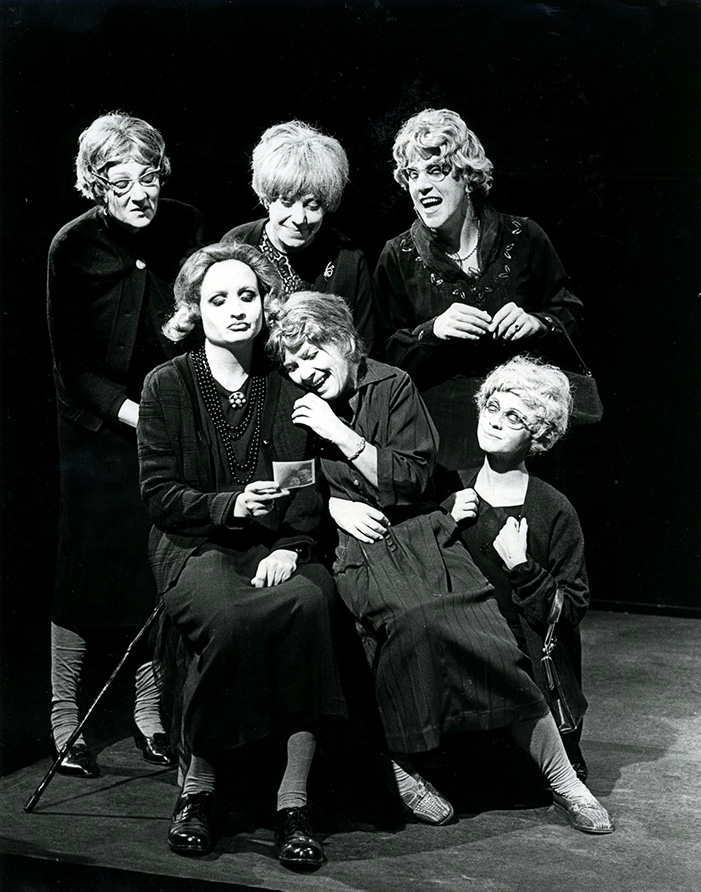 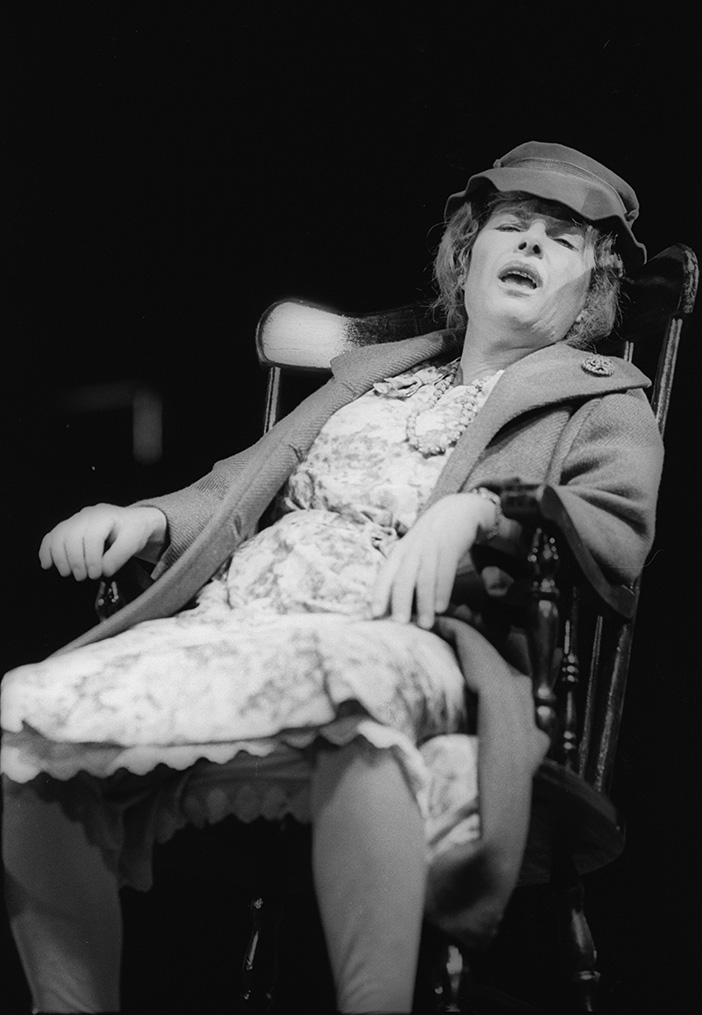 "After offering a chunk of your life to the Australian theatre, you can’t help feeling a certain sympathy for White’s marvellous and terrible Miss Docker. The obsessive nature of many theatre practitioners and artists in general, bears a disturbing resemblance to that eternally cheery soul." - Jim Sharman speaking at the the inaugural Rex Cramphorn Memorial Lecture delivered at Belvoir St Theatre in 1995.

The next Miss Docker to emerge from one of Ausralia's major theatre companies was played by Carole Skinner, in a Royal Queensland Theatre Company production directed by Neil Armfield.
(Images are from the QPAC Museum collection) 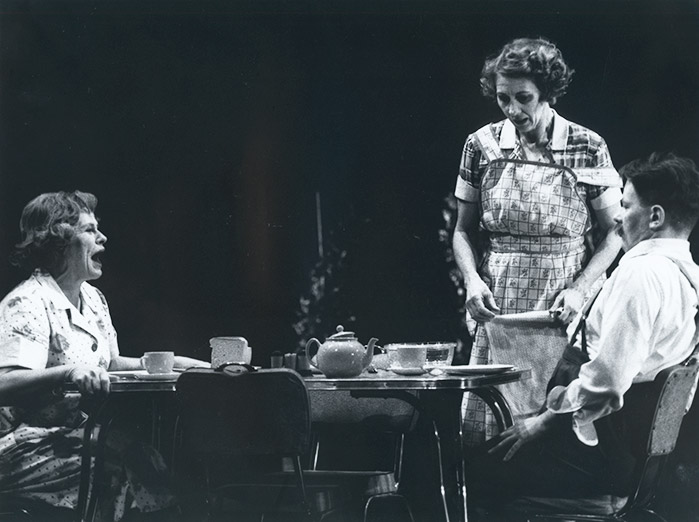 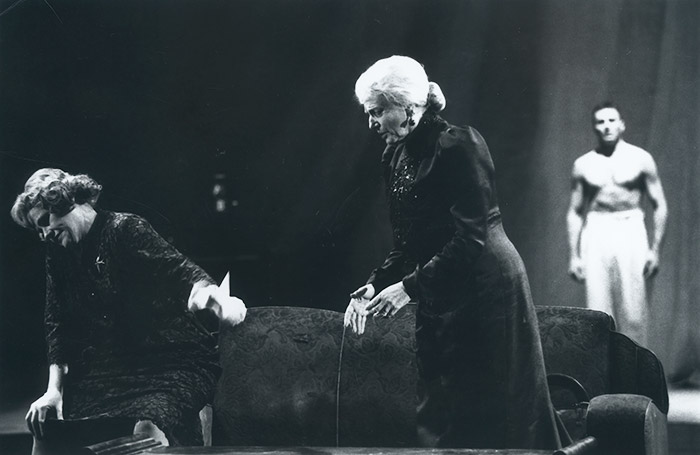 “Her goodness is a disease. She’s sick with it.” - Mr Custance to Mrs Custance, in A Cheery Soul

Twenty-two years after her landmark performance, Robyn Nevin reprised her role as Miss Docker for a co-production between Sydney Theatre Company and Belvoir, with Neil Armfield directing for a second time, eight years after his interpretation for QTC.
(Images: Heidrun Lohr) 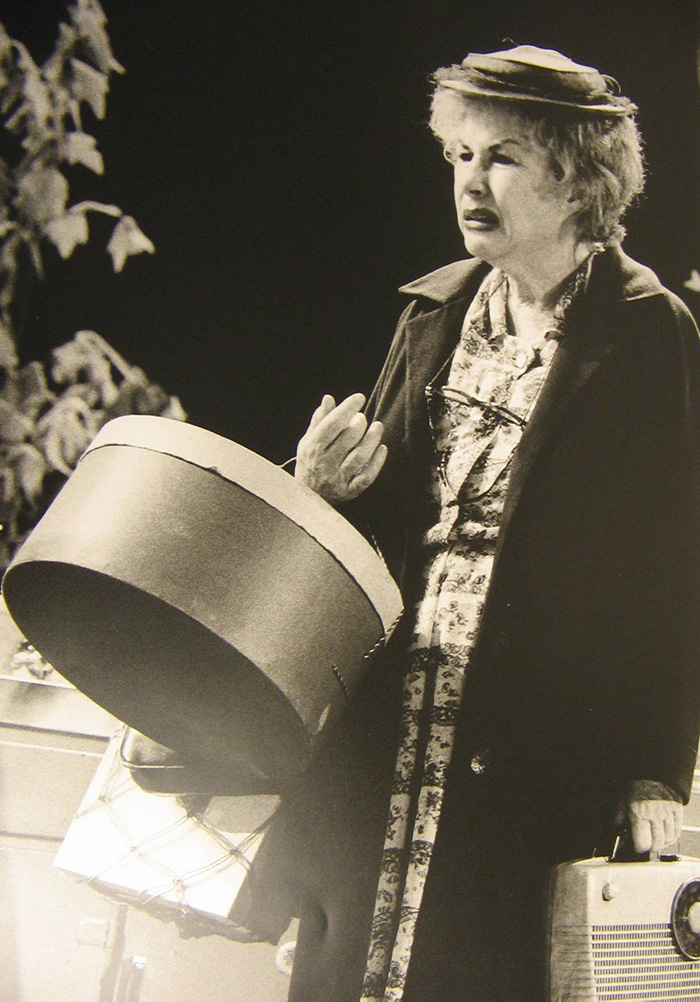 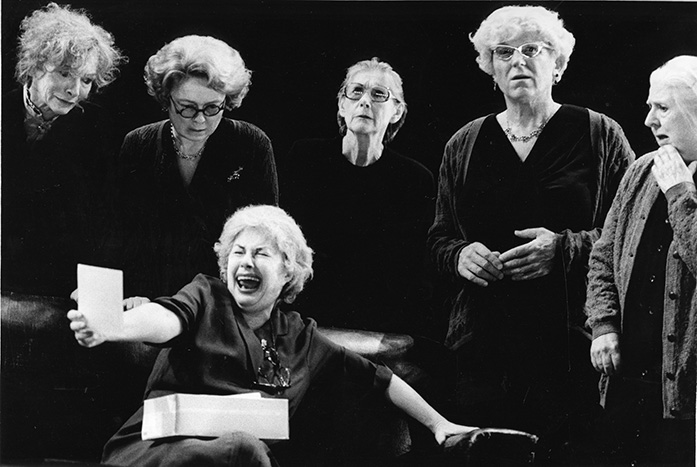 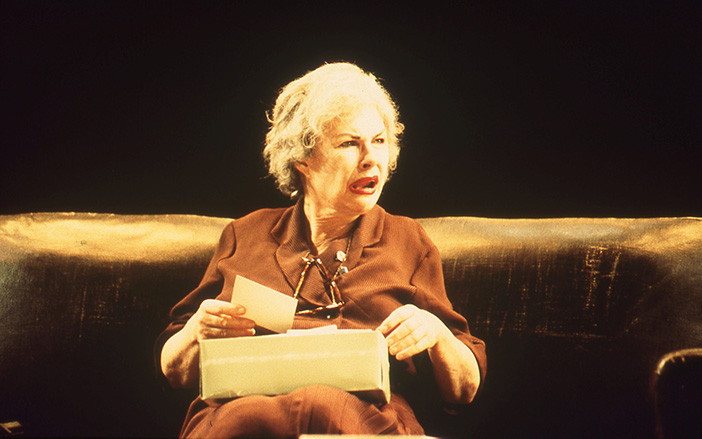 "Australia is a society that lops off the bottom and lops off the top, and we ostracise those individuals, like Miss Docker, who fall outside the cut off. But there is very little in her that’s calculated and deliberately malicious. She’s not aware of the ways in which she drives people up the wall, so you can’t dislike her for it. That almost childlike naivety that she possesses, largely by virtue of having been rejected her entire life, provides her with this ability to speak the truth and to expose truth in other people – and that’s not her fault." - Kip Williams, director of STC's 2018 production of A Cheery Soul, and the Artisitic Director of Sydney Theatre Company.

What the Miss Docker of 2018 will look like on stage remains to be seen, but here's a sneak peek at Sarah Peirse in rehearsals...
(Image: Hon Boey) 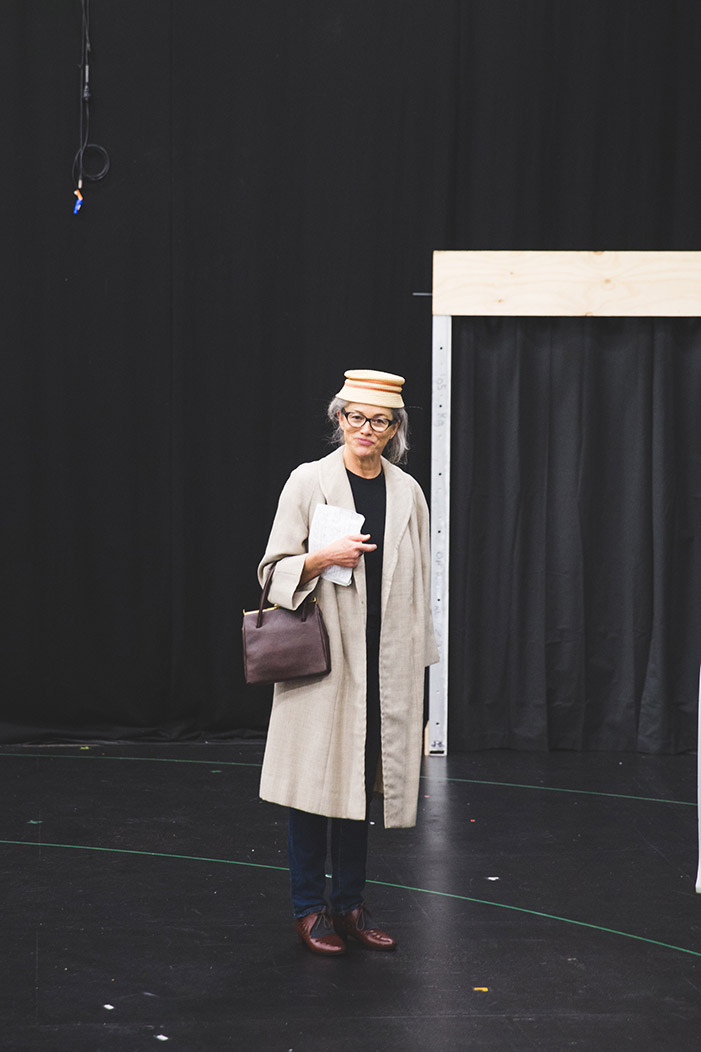