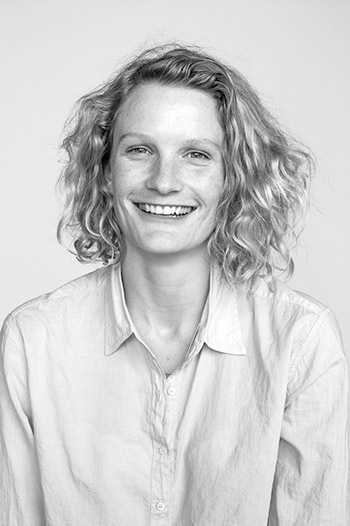 What were your first impressions as a designer upon reading A Cheery Soul?

One of the first things that struck me was how musical the piece is: its rhythm and its scope felt like a piece of opera rather than a straight piece of theatre. Particularly when you move out of the first act into the second, and you enter this place of memory. You begin in a fairly naturalistic world and then find yourself on the brink of the absurd and the surreal.

What is your creative process in these early stages?

Kip and I thoroughly read the script out loud together. That usually takes a full day because we stop and discuss moments, make connections between moments, and write down initial ideas. Then we do a breakdown and extraction from that, questioning what the rhythm of the piece is, what spaces we move between, what does that movement mean, and what do the larger arcs of the piece look like? We also discuss the images that come to mind, for example in this piece it became obvious very quickly that there’s a lot of natural imagery embedded in the text and objects that have the colour red: the tomato vines, rhubarb, the Chinese Room of the Sundown Home and so on. You start to form a sense of the images that will become strong touchstones of the production.

Do you then seek further inspiration through research?

Before we read this one I had already started looking at footage from the 1950s on the ABC archives, just to get a sense of what Australia felt like at that time: what people were talking about, what current affairs were happening globally and locally, and what the paranoia of the time was. That research really helps my mind get into the feeling and tone of that period: what the voices sound like, what the houses and the architecture were like, the way suburbs started to grow in the post-war period and the replication of the suburban landscape. Then I’ll look for different art references that might reinforce those ideas of conformity and repetition.

For the interiors you’re using that research in a more literal way...

Yes we’ve created our interior spaces using period furniture, and the architectural detailing in the architrave, skirting, doors and brickwork is all period specific. Our props buyer Traleen Ryan and I go sourcing together – often the first stop is the STC store. Then we start looking at auction houses, antique stores, mid-century furniture stores, gumtree and ebay.

There is a lot of movement and scene changes in this play. Is that a challenge or an opportunity for a set designer?

It’s a little bit of both. In A Cheery Soul we use a revolve, and that works quite well theatrically to track the passing of time, so you can use that as a dramaturgical device as well as a practical device to help you change scene or move items on and off stage. Sometimes limitations that you have in a particular space, or budget limitations, become a virtue of the production because you have to start problem-solving pretty early on to find solutions that not only tackle the logistics of the problem, but also solve a greater narrative or story-based problem.

Although a static box set often works best in the confines of the Sydney Opera House Drama Theatre, we knew that wasn’t right for this show. One of the most important things is this sense of isolation for Miss Docker, so you really want the opportunity to blow that space open when you need to present a lonely figure in an empty space. The design is structured on the ability to have environments form around the characters, then disassemble and disappear into the wing space to leave those people isolated and alone.

The theatrical elements of your space will be obvious and declared. Why have you made that choice?

We decided early on to go with a declared theatre space and declared prop movements to create this feeling of an image being constructed all the way through. Embedded within the characters of that era is this sense of their constructed selves. In the first act, for example, Mrs Custance is very concerned about how the rest of the community perceives her: what they think of her and her husband not having children, whether or not she’s a good Christian and so on... These layers in the text about how we construct ourselves and our society meant it felt quite natural to declare that image and scene construction in the theatre as well.

Patrick White is very prescriptive when it comes to set and staging detail in the script. To what extent do you feel compelled to follow his direction?

Of course you do read the staging directions, because they are there for a reason, and whilst reading you can see how a scene is structured to work within a particular space. Our version of the Custances’ house doesn’t behave like the house that White has described, but there are certain spatial dynamics in the text that it felt really important to maintain. The proximity of the kitchen to the tomato vines, for example, or the proximity of Miss Docker’s bedroom to the lounge room – it was a really important to maintain that tension so we could feel like she was just on the other side of the wall.

So you do have to pay attention to the directions, work out what is most important and why those directions are there, then be inventive and find your own ways to stage something.