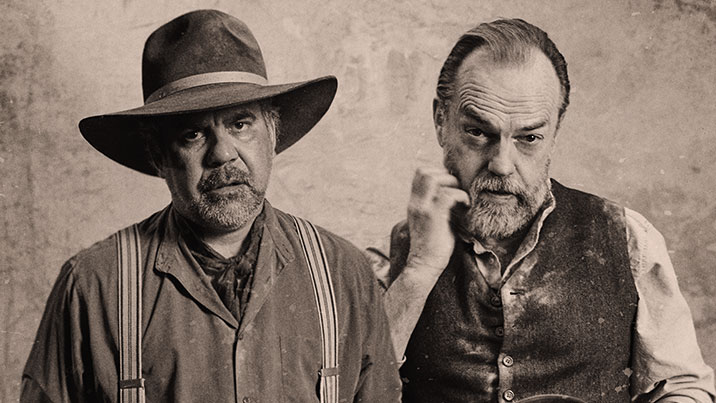 Wonnangatta was first performed at the Roslyn Packer Theatre in Sydney, on 21 September 2020

A MESSAGE FROM OUR ARTISTIC DIRECTOR KIP WILLIAMS

To our wonderful and loyal audience,

Welcome back to the theatre! I cannot tell you how happy it makes me to write those words. It’s been a long six months – for all of us – and while the COVID crisis is by no means over, it brings everyone at STC such immense joy to be reunited with you, our audience, who we have missed so much during this time of isolation.

There have been many times in the past six months where I wondered whether or not we would be back at all this year. Indeed, I have spent many a sleepless night worrying about how STC would make it through what has been a truly devastating period for live performance. STC has lost almost $18 million in revenue due to the pandemic, not to mention the impact it has had on our freelance workforce. I have said it before, and I will say it again and again: we could not have made it through this period without your incredible support. To all of you who have donated to the company, be that by returning your tickets or otherwise, thank you so very much. You have kept us going, you have enabled us to keep employing artists during the theatre closures and, most excitingly, we are now able to present this incredible production of Wonnangatta thanks in no small part to your extraordinary generosity.

We could not be more proud to be returning to the stage with the world premiere of a new Australian work, written by one of our best playwrights, performed by two of our most legendary actors, directed by one of our most exciting young directors, and with one of the best creative and production teams assembled to bring it to life. Angus Cerini was one of the first writers I invited to create a work for STC when I became Artistic Director, so I am especially proud to see Wonnangatta being brought to glorious life in this exquisite production.

Throughout the lockdown period, I noticed a great deal of the public discourse surrounding the importance of art to our community was focused on our natural inclination, as a species, toward storytelling. We tell stories in order to understand ourselves and the world around us and this becomes all the more necessary when we’re in times of crisis. It feels appropriate then that Wonnangatta is a piece that returns to storytelling in its purest form: direct address, simple staging, compelling orators, and a ripper of a plot.

The mood of Wonnangatta, too, feels right for a socially distanced Roslyn Packer Theatre. The gothic tale, told in some of the most vivid language in contemporary playwriting, fills the space with images, like shadows cast by fire light. The isolation of the bush made all the more real by the empty seats between us.

If the success of Angus’ earlier work and the quality of this play are anything to go by, Wonnangatta will go on to have an illustrious production history, long after this strange period in history passes. But right now I’m excited to be sharing a play that has so much to say about the Australian psyche, our complex relationship with our landscape and how we might begin to understand our own responses to the challenging times in which we live.

I hope that this gem of a play reaffirms your love for theatre. It has certainly done so for all of us at the company. We cannot wait to share it with you.

The unsolved murders of Jim Barclay and John Bamford in 1918 still raise much speculation. Every plausible theory can as easily be dismissed with a competing one. But what is inarguable is that at the time of the murders the Wonnangatta Station was the most isolated, inaccessible place in Victoria.

Today we perhaps don’t appreciate the extraordinary efforts taken to farm such areas. Before chainsaws and four-wheel drives, in an environment such as that surrounding the Wonnangatta Valley, these efforts would have been extreme. And the weather in this uniquely Australian landscape will change in an instant; a bright sunny day can flip to snowstorm rapidly. So to survive all of this only to end up shot?

My father would take us kids bushwalking in the high country. It was from him I learnt the names of trees. When writing this play I quizzed him about the Wonnangatta Valley, his cryptic reply “What you have to remember is, it’s a place within a place”.

I think this play might be my way of trying to say something similar (just with more words).

Wonnangatta’s brilliance lies in its language, its method of weaving together a uniquely 'Cerini' vernacular. Angus has an uncanny ability to simultaneously evoke vivid landscapes and delve deep into the human psyche. What makes Wonnangatta so thrilling are the many moments when those two elements, the land and the mind, reverberate as one.

As a director, my job most often involves taking the intellectual and emotional content of a play and amplifying it, translating it into movement and space and, in doing so, embodying the words to the audience. Angus’ work, however, is so rich and propulsive that my job is to actually strip the production elements back and distil the action to its most necessary components, so as to give the words the best opportunity to come to life. Similarly, my wonderful creative team have approached this piece with a desire to enliven the words and hold the characters with integrity. The production’s designer, Jacob Nash, has created a landscape that is as versatile and evocative as Angus’ words: the set hints at a horizon, a knife's edge, or even a psychological dislocation – without requiring a clear resolution.

I could not think of a better cast to premiere this play. Hugo and Wayne are both exceptionally adept storytellers and I’m so grateful for their attention to the smallest details, their sensitivity and their humour. The dynamics both men carve through this play and the way in which they bring the themes of mateship, grief and revenge to life has been an absolute pleasure and honour to facilitate.

I’ve spent a lot of time thinking about how Wonnangatta relates to Angus’ earlier triumph The Bleeding Tree. It seems to me that if The Bleeding Tree dramatises the outcome of the brutalising way we socialise men in this country, then Wonnangatta shows us the root of that process.

My understanding of Wonnangatta continues to shift and transform. It’s certainly a pleasure to read on the page but there is no doubt that this is a work to be spoken out loud. During rehearsals I’ve discovered that it’s both funnier and more tragic than I first realised – re-moulding ideas of selfhood with its hidden depths. I have no doubt that this rich and mysterious piece of Australian theatre will continue to take on a life of its own.

Angus Cerini is a multi-award-winning writer, performer and theatre maker.

His plays include: The Bleeding Tree, Caravan (co-writer), Fuck This Love, The Curling Ribbon, Resplendence, Save for Crying, Drill Down, 19 Trains, Wretch, and Normal.Surburban.Planetary.Meltdown.

Angus creates theatre projects through his company Doubletap and has toured this work throughout Australia and in Ireland, England, Hong Kong and Germany.

Jessica’s other directing credits include The Wolves (Belvoir and The Old Fitz), The House at Boundary Road Liverpool (Old 505), Two Hearts (The Anchor), the Martin Lysicrates Prize 2018 (Griffin), Realism (NIDA), Tongue Tied and Amongst Ruins (The Old Fitz), Intoxication (La Mama Courthouse), Unend (Never Never Theatre Company), How Are You? (Design Canberra Festival), The Sugar Syndrome (The Kings Collective) and Rausch, which led to an internship in Germany at the Schauspiel Frankfurt. Jessica worked as Assistant Director on MTC’s Miss Julie.

Jessica holds a Bachelor of Performing Arts (Monash University), including a semester of Theatre and Performance at Leeds University, UK, and a Master of Fine Arts (Directing) at NIDA.

Sydney Theatre Company is grateful to our partners who have stood by us in this challenging year. We applaud their generosity and vision.

You can find out more about our corporate partners here.

SYDNEY THEATRE COMPANY BOARD OF DIRECTORS