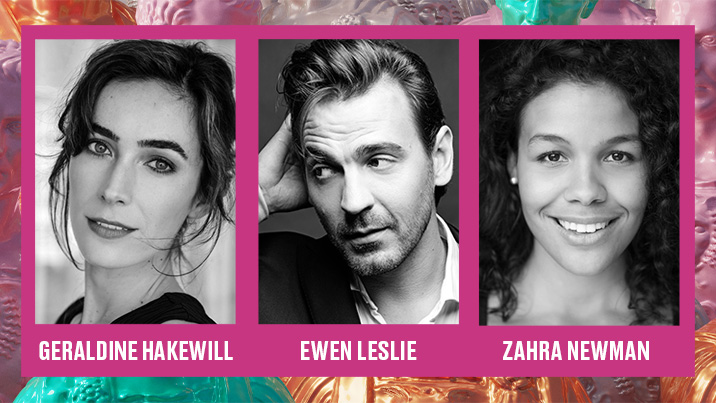 Introducing the incredible trio playing multiple roles in the dynamic new production of Julius Caesar, written by William Shakespeare and directed by Artistic Director Kip Williams. This cast will perform in-the-round at The Wharf – a first for our new theatres. Join us for a monumental study of power, moral corruption and democracy – that remains shockingly relevant to the modern world. 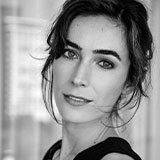 Geraldine returns to STC after most recently performing in our production of Tom Stoppard's The Real Thing (2019), and previously in Fury, Les Liaisons Dangereuses, Baal, Disgraced and Chimerica. Other theatre credits include Peter Pan at Belvoir, Moliere’s Tartuffe for Bell Shakespeare and in the title role of The Rise and Fall of Little Voice for Darlinghurst Theatre. Geraldine graduated from the Western Australian Academy of Performing Arts in 2008 and can currently be seen as the lead in S2 of Ms Fisher’s Modern Murder Mysteries.

She was recently in Wakefield for the ABC/BBC Studios and also performed alongside Rebecca Gibney as the co-lead in the Channel 7/Matchbox series Wanted. Her performance in the series earned her a TV Week Logie Nomination for the prestigious Graham Kennedy Award for the Most Outstanding Newcomer. Her film credits include The Pretend One and Disclosure, as well as Bill Bennett’s Uninhabited. Behind the camera, Geraldine is currently producing a feature film to be shot in regional Victoria in 2022. Geraldine is also a singer/songwriter and has released an EP. 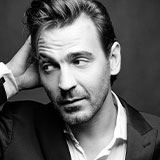 Ewen returns to the STC stage for the first time since 2013’s Rosencrantz & Guildenstern Are Dead for this production of Julius Caesar. Ewen joined the STC Actors Company in 2008 and won both a Helpmann and Sydney Theatre Award for his performance as Prince Hal/Henry V opposite Cate Blanchett in The War of the Roses (directed by Benedict Andrews). Other theatre credits of his include Belvoir’s Ivanov and the Paris tour of its production of Thyestes, as well as Hamlet and Cat on a Hot Tin Roof with Company B. He played Hamlet and Richard III for MTC for which he won his second Helpmann Award and a Green Room Award. His TV credits include The Gloaming, Operation Buffalo, The Luminaries, The Cry, Rake, Safe Harbour, Redfern Now and Top of the Lake: China Girl for which he won an AACTA Award. His film credits include The Daughter, Peter Rabbit, The Nightingale, Sweet Country and Dead Europe. He graduated from WAAPA in 2000. 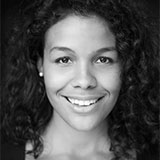 Zahra returns to STC after most recently appearing in our 2019 production of Cat on a Hot Tin Roof. Her acting credits at STC include Love and Information (2015) and she is due to appear in A Raisin in the Sun with us in 2022 after it was rescheduled from this year due to the COVID pandemic. Zahra’s other theatre credits include Malthouse’s Wake In Fright, Belvoir’s Random, The Blind Giant is Dancing and Ivanov - as well as Miss Julie,The Effect, The Mountaintop, The Cherry Orchard and Menagerie with Melbourne Theatre Company. She was nominated for the Best Actress in a Musical Helpmann Award for her performance in GFO’s Book of Mormon (2017). Her TV credits include Neighbours, Rosehaven, Diary of an Uber Driver, Sisters and Wentworth. Her feature credits include Long Story Short and I Met A Girl. She graduated from VCA in 2008.