Feature: Meet the cast and creatives of The Picture of Dorian Gray 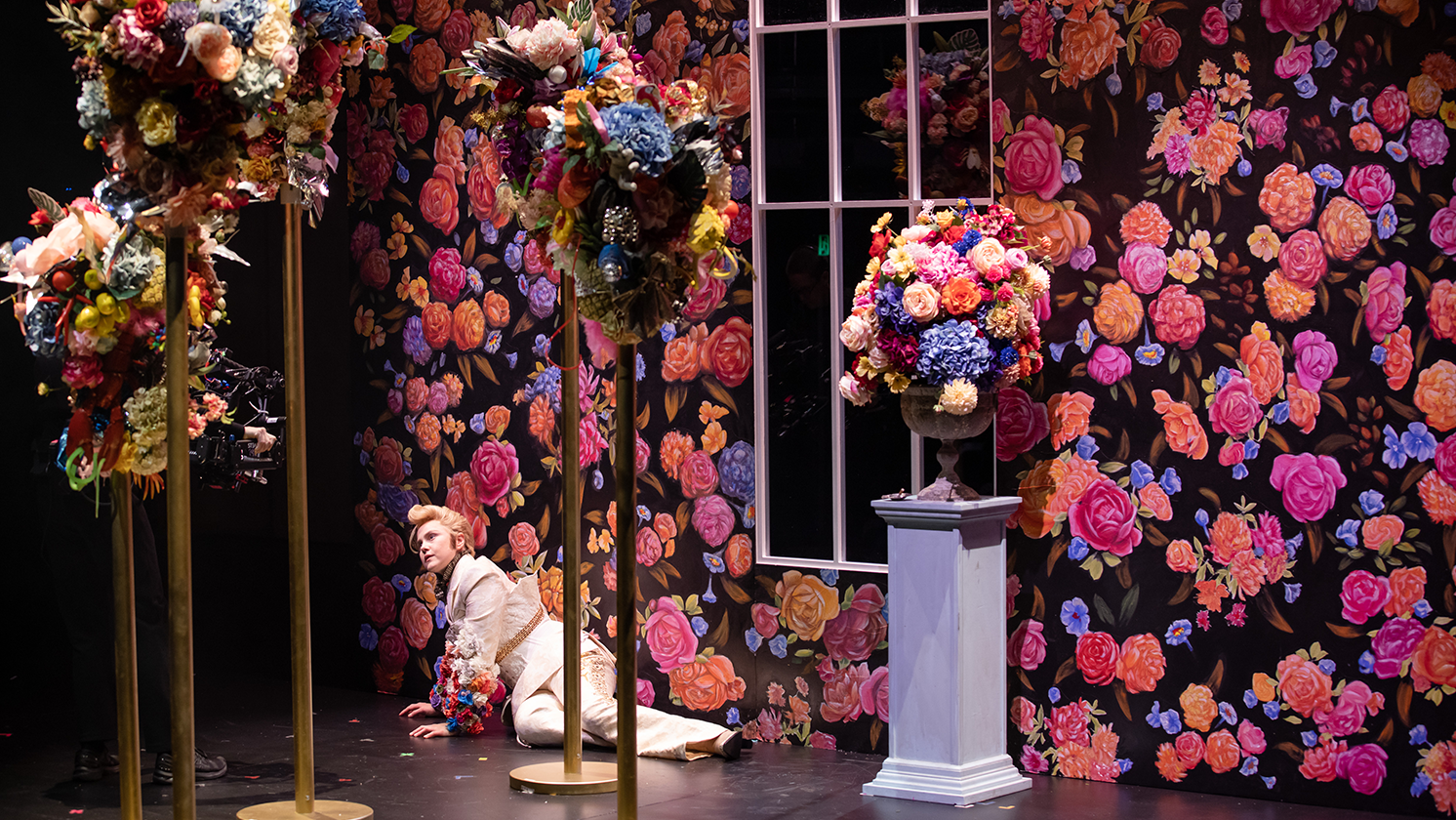 THE PICTURE OF DORIAN GRAY

Written by Oscar Wilde
Adapted and directed by Kip Williams

The theatrical innovation and spectacle of Artistic Director Kip Williams’ vibrant adaptation of Oscar Wilde’s The Picture of Dorian Gray will once again delight audiences from 28 Mar, as the critically-acclaimed production returns to Sydney.

This breathtaking production sees a single performer nimbly shapeshift to play all of the dark tale’s 26 characters in an audacious cascade of theatrical transformations. Eryn Jean Norvill will reprise her "out of this world" (Limelight) performance for this highly-anticipated encore season. For two performances, Nikki Shiels (Cat on a Hot Tin Roof) will take on the role in this gripping, funny and ambitious one-person show. 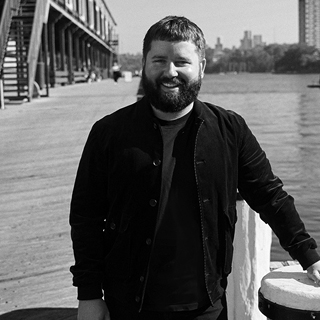 Kip Williams is the Artistic Director of Sydney Theatre Company.

While at STC he has directed Julius Caesar, Playing Beatie Bow, The Picture of Dorian Gray, Lord of the Flies, Cat on a Hot Tin Roof, A Cheery Soul, The Harp in the South: Part One and Part Two, The Resistible Rise of Arturo Ui, Three Sisters, Cloud Nine, Chimerica, A Midsummer Night’s Dream, All My Sons, The Golden Age, Love and Information (a co-production with Malthouse), Suddenly Last Summer, Children of the Sun, Macbeth, Romeo and Juliet and Under Milk Wood, and was Associate Director on Andrew Upton’s production of Cyrano de Bergerac and Dramaturg on Sarah Goodes’ production of Orlando. In 2016, he directed a short film of Daniel Keene’s The Hungry Mile.

Kip directed the short films B, Bee and Mee and Walk, as well as music videos for Guineafowl, including Little Fingers and Botanist, which was listed in ABC’s RAGE 50 list of the top music videos for 2009. In 2015, Kip won the Helpmann Award for Best Direction of a Play for his STC production of Suddenly Last Summer. In 2016, his production of Miss Julie won the Green Room Awards for Best Production, Best Direction, and Best Digital Media Design and Integration. He also won the 2018 Sydney Theatre Award for Best Director for The Harp in the South: Part One and Part Two which also won Best Production and Best New Work. At the 2021 Sydney Theatre Awards Kip also won Best Direction Of A Mainstage Production for The Picture of Dorian Gray and the production won Best Mainstage Production.

He has completed a Master of Dramatic Art in Directing at NIDA and a Bachelor of Arts (Media and Communications) at University of Sydney. Kip now sits on NIDA’s Board of Directors. 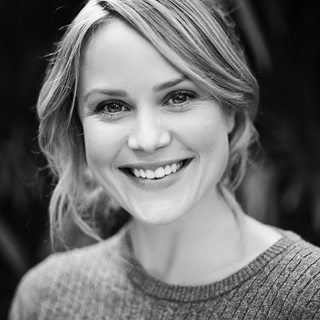 Eryn is excited to return to her role in The Picture of Dorian Gray. No stranger to the STC stage, she has also performed in productions of Three Sisters, All My Sons, King Lear, Suddenly Last Summer, Cyrano de Bergerac and Romeo and Juliet. Her other theatre credits include Melancholia (Malthouse) The Government Inspector (Malthouse and Belvoir), The Boys (Griffin Theatre Company), Anthem (Performing Lines) and Fidelio (Western Australian Symphony Orchestra). For Melbourne Theatre Company, Eryn has performed in Hamlet and Top Girls. As a Writer, Dramaturg and Theatre Maker, Eryn has worked on A Tiny Chorus and NICHE. She has also appeared on television on ABC’s PREPPERS. Eryn has won many awards including four Sydney Theatre Awards for The Picture of Dorian Gray (2021), Suddenly Last Summer (2015), The Boys (2012) and Truckstop (2012). She has received two Green Room Awards for The Government Inspector (2014) and Top Girls (2012). Eryn has also received a Melbourne Fringe Festival People’s Choice Award for A Tiny Chorus (2009). 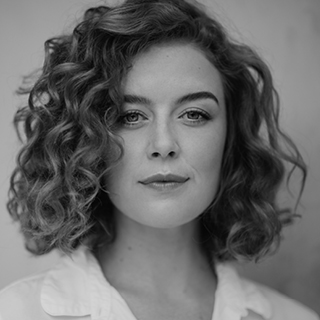 Award-winning actress Nikki Shiels returns to Sydney Theatre Company as the alternate performer in The Picture of Dorian Gray after previously appearing in our productions of Cat on a Hot Tin Roof, A Cheery Soul and Three Sisters. Her other theatre credits include My Brilliant Career, The Sugar House, The Rover and Twelfth Night for Belvoir, The Unspoken Word is ‘Joe’ for Griffin Theatre, The Dream for Bell Shakespeare, Home, I’m Darling, The Cherry Orchard, True Minds, Top Girls and Don Parties On for Melbourne Theatre Company, Picnic at Hanging Rock, Night on Bald Mountain, The Dragon and Elizabeth: Almost by Chance a Woman for Malthouse, Joan for The Rabble, They Divided the Sky, M + M, The Dollhouse and Peer Gynt for Daniel Schlusser Ensemble, Madeleine for Black Sequin Productions and The Last Wife for Ensemble Theatre. Her performance in MTC's Home, I'm Darling won her a 2021 Green Room Award and in 2018 she won a Sydney Theatre Award for They Divided the Sky. On television, Nikki has starred in BLOOM, Neighbours, House Husbands, Childhood’s End and Rush. Nikki has appeared in the film The Eye of the Storm and the short films Safety Net and Perfect Pair. She also performed in ABC Radio National's Cassandra is a Waitress. Nikki trained at the Victorian College of the Arts and is a proud member of Actors’ Equity. 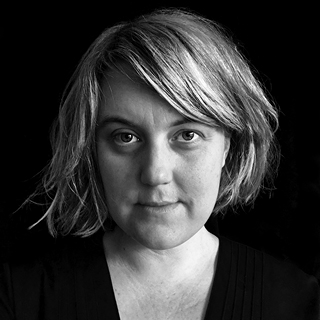 Marg has an extensive list of design credits spanning theatres across Australia.

For STC, Marg has designed for The Picture of Dorian Gray, Avalanche (with Barbican Theatre), How to Rule the World and The Histrionic (with Malthouse). As Costume Designer she also worked on STC productions of Lord of the Flies and The Resistible Rise of Arturo Ui. She has worked on a wide range of productions for Malthouse including Because the Night (interiors), Blasted, Melancholia, Bliss, Caravan, The Testament of Mary, The Real and Imagined History of The Elephant Man, Revolt She Said Revolt Again, The Homosexuals Or ‘Faggots’ (with Griffin Theatre Company), Edward II, I Am A Miracle and The Good Person Of Szechuan. Marg has also designed for many other leading theatre and opera companies including English National Opera, Opera Queensland, Victorian Opera, Melbourne Theatre Company, Bell Shakespeare, Belvoir and Griffin Theatre Company. She has also worked with Circa, Performing Lines, Dee and Cornelius, Angus Cerini Doubletap and Chunky Move. Marg has won seven Green Room Awards and two Sydney Theatre Awards including one for The Picture of Dorian Gray (2021). 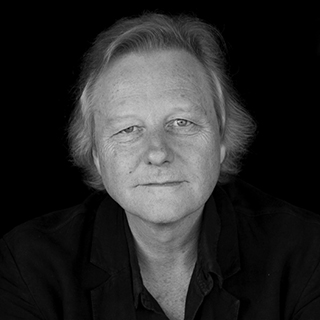 Nick has worked on many productions for STC including The Picture of Dorian Gray, Playing Beatie Bow, Wonnangatta, The Deep Blue Sea, The Real Thing, Cat on a Hot Tin Roof, Mosquitoes, A Cheery Soul, The Harp in the South: Part One and Part Two, Saint Joan, The Resistible Rise of Arturo Ui, Three Sisters, Chimerica, All My Sons, King Lear, The Present, Switzerland, Macbeth, Waiting for Godot, The Maids, Gross und Klein, Uncle Vanya, Hedda Gabler, A Streetcar Named Desire, The City, Endgame, Face to Face, Baal (with Malthouse) and Death and the Maiden (with MTC) and more. Nick has worked with leading Australian theatre companies including Melbourne Theatre Company, Malthouse and Belvoir. His musical theatre work includes Love Never Dies (Australia, Tokyo, Hamburg, USA) and Priscilla (Australia, West End, Broadway). His other international work includes productions for The Royal Shakespeare Company, the State Theatre companies of Bavaria and Hamburg, Schillertheater Berlin, Theatre Clwyd Wales and the National Theatre of Norway. Nick has worked extensively with various national and international opera companies including Opera Australia productions of Tosca, Elixir of Love, Tannhäuser, Trovatore, Falstaff and more. For the Salzburg Festival, he worked on Lear and Médée while for Hamburg State Opera he worked on Billy Budd and A Midsummer Night’s Dream and Wagner’s Ring Cycle for State Opera of South Australia. Nick has won various awards for both lighting and set design including Six Green Room Awards, six Sydney Theatre Awards and five Helpmann Awards. 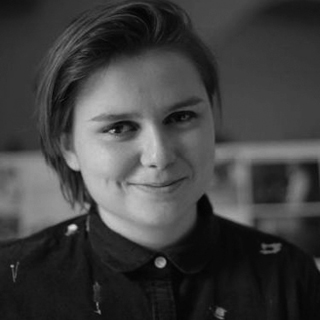 Clemence has worked on many STC productions in a variety of roles including on Death of a Salesman, Grand Horizons, The Picture of Dorian Gray, Banging Denmark, Lethal Indifference, Fun Home (a co-production with MTC, as Associate Director), Playing Beatie Bow, A Cheery Soul (As Composer), Saint Joan (As Assistant Director) and is currently the Composer/Sound Designer for Blithe Spirit which will open at the Sydney Opera House later this month. Her other theatre credits include Heisenberg, Torch the Place, Arbus and West for Melbourne Theatre Company. She has worked on Romeo and Juliet for Bell Shakespeare and The Wolves for Belvoir. Clemence has also worked with Ensemble, Old Fitz, KXT, Old 505, New Theatre, New Fitz and Periscope Productions. Her work as Director and Assistant Director includes works for Sydney Chamber Opera, Red Line, Seymour Centre, New Theatre, KXT, Edinburgh Fringe, PACT, JackRabbit Theatre As and Sydney Conservatorium. Clemence received the 2021 APRA AMCOS Art Music Award for Best Live Performance for Commute. Clemence trained at the National Institute of Dramatic Art and Sydney Conservatorium. 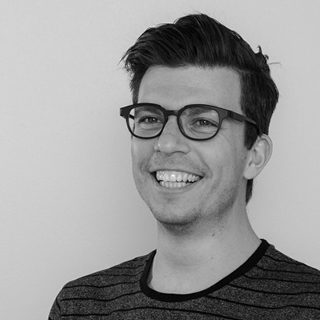 David has a long list of credits both as a Video and Sound Designer. He has previously worked for STC on Julius Caesar, The Picture of Dorian Gray, Muriel’s Wedding: The Musical (with Global Creatures), The Hanging, The Effect (with Queensland Theatre) and The Long Way Home. As both Video and Sound Designer he has worked on STC productions including A Cheery Soul and The Wharf Revue (2009 – 2018); while as sound designer his STC credits include Playing Beatie Bow. As Video and Sound Designer, David recently worked on Merrily We Roll Along for Luckiest Productions/The Hayes Theatre. As Composer and Sound Designer, David has worked for theatre companies across Australia including Riverside’s National Theatre of Parramatta, Griffin Theatre Company, Darlinghurst Theatre Company, State Theatre Company South Australia, Seymour Centre and NIDA. As Video Designer, he has worked with Bangarra Dance Theatre, Sydney Chamber Opera and Monkey Baa. His credits as Sound Designer include productions for Sydney Opera House, Belvoir, Monkey Baa, Curveball Creative, Hayes Theatre and Australian Theatre for Young People. In 2021, David received two Sydney Theatre Awards for Best Stage Design of a Mainstage Production (The Picture of Dorian Gray) and Best Sound Design of a Mainstage Production (Green Park). David completed his training at NIDA. 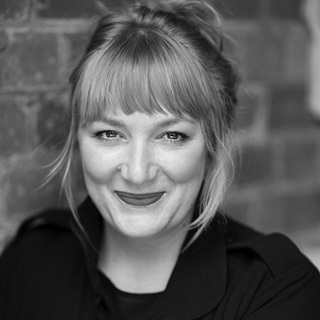 Paige is excited to return to her role as Production Dramaturg for The Picture of Dorian Gray. No stranger to STC audiences, Paige has directed Triple X (with Queensland Theatre), Death of a Salesman, The Deep Blue Sea, The Beauty Queen of Leenane, How to Rule the World, Black is the New White, Australian Graffiti, Power Plays, Boys will be Boys and is currently directing Blithe Spirit which will open at the Sydney Opera House later this month. For other theatre companies, Paige has directed Fangirls (with Queensland Theatre, Australian Theatre for Young People and Brisbane Festival for Belvoir), as well as Hedda, Scenes from a Marriage and Switzerland for Queensland Theatre. Paige has also directed for her own production company ARTHUR, as well as Milkcrate, Walkley Foundation, Outback Theatre and has worked on many co-productions with independent and regional theatres across Australia. As dramaturg, Paige’s STC work includes The Picture of Dorian Gray and The Golden Age. Paige has been STC’s Associate Director since 2018 and was a previous Richard Wherrett Fellow. She has also held positions of Associate Artistic Director (Queensland Theatre), Resident Director and Affiliate Director (for Griffin Theatre Company). Paige has received Sydney Theatre Awards for her work on The Beauty Queen of Leenane and Fangirls. She has also received Matilda Awards for Fangirls and Switzerland. Paige was the recipient of a 2015 Glorias Fellowship and 2016 Mike Walsh Fellowship. Paige completed her training at National Institute of Dramatic Art. 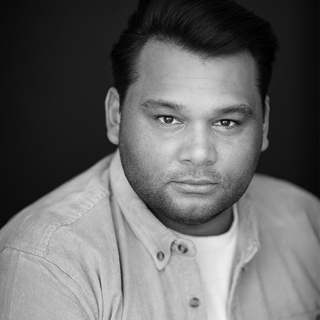 Ian is a proud Noongar man. For STC, Ian has worked as Assistant Director for Shari Sebbens on The 7 Stages of Grieving and Kip Williams on The Picture of Dorian Gray and will return later this year as Associate Director on Strange Case of Dr Jekyll and Mr Hyde.

The Picture of Dorian Gray, Roslyn Packer Theatre, 28 Mar – 7 May.