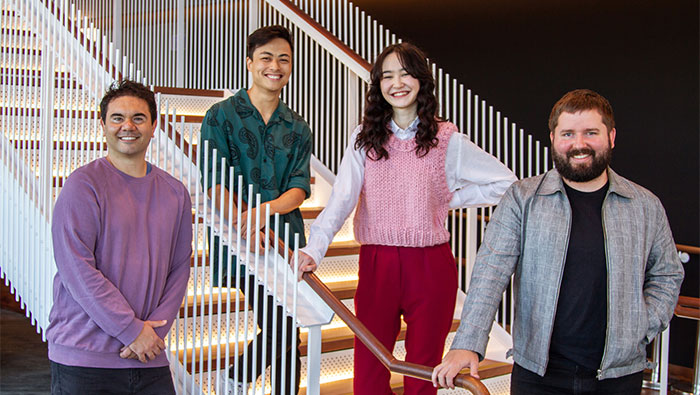 The Design Associate Program is an annual Resident Artists program for a group of designers. STC acknowledges the underrepresentation of Aboriginal and Torres Strait Islander Peoples and CALD (culturally and linguistically diverse) artists in the area of theatre design. The Design Associate Program aims to support and develop three artists who are looking to gain hands on experience and mentorship within the theatre context.

The Design Associates are each offered a paid 12 month position that includes two assistant positions on a main stage production, mentoring from industry professionals, masterclasses and more. The program will be tailored to their specific design area of interest. The Design Associates will be given the opportunity to work with and learn from skilled staff and industry members as well as have access to resources that will enable participants to hone their theatre design skills and develop their creative voice. The aim is for these designers to become integrated members of the company’s artistic cohort. 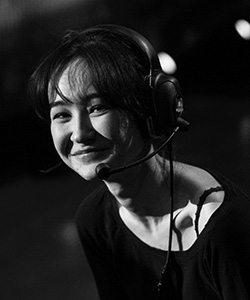 Kate Baldwin is an emerging Asian-Australian Lighting Designer. Currently, she has the privilege of being the Lighting Designer for seven methods of killing kylie jenner for Darlinghurst Theatre Company and Green Door Theatre Company under the direction of Shari Sebbens, as well as Lighting Designing for Chop Chef (directed by Kenneth Moreleda and Nicole Pingon) with Riverside Parramatta and Blush Opera. Kate completed a secondment with Verity Hampson on Double Delicious (CAAP and Sydney Festival) directed by Darren Yap and with Martin Kinnane on Night Parade of One Hundred Goblins (Clockfire Theatre Company and Sydney Festival) as a part of her Technical Theatre degree at NIDA. She also seconded with Paul Jackson on Beauty Queen of Leenane (Sydney Theatre Company), directed by Paige Rattray. Prior to the pandemic, she designed the lighting for House on Boundary Road, Liverpool (directed by Jess Arthur) at the Old 505 Theatre, and for Blue Christmas - a double bill at Kings Cross Theatre with the Ignite Collective and New Ghosts Theatre Company - directed by Lucy Clements. She is excited to continue working on new Australian and CALD work - she is committed to working with companies that are openly working towards antiracism. Kate is excited to see how the industry evolves post-COVID-19 and how it begins to tackle BIPOC under-representation within the Arts. 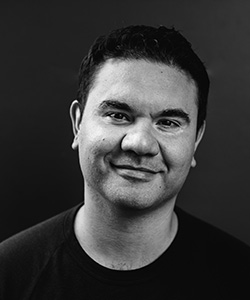 Brendon Boney is a Wiradjuri/ Gamilaroi man who grew up in Wagga Wagga, New South Wales and is now based in Ettalong Beach on the Central Coast of New South Wales. He has been a recording and performing artist touring the world as part of the act Microwave Jenny for the past decade and recently began independently releasing through an entirely self produced solo alt/hip-hop project called The Magpie Swoop. Brendon is also writing and producing for commercial pop artist Tessa Thames currently being played on triple j, fbi radio, ABC radio and community radio nationwide and with his work having over 66 000 Spotify streams. Brendon is an APRA PDA winner and over his career he’s performed Bluesfest Byron Bay, Woodford Folk Festival, Sydney Festival, Adelaide Fringe festival, Brisbane Festival, Friendship Festival (Seoul, Sth Korea), The Aussie BBQ (UK) and had his music featured in Gods of Wheat Street (ABC1), Redfern Now (SBS), Offspring (Network 10), Winners & Losers (Seven Network) and Underbelly Chopper (The Nine Network). Only recently, Brendon has stepped into the theatre world having composed for Bangarra Dance Theatre, Belvoir Theatre, Ensemble Theatre and Ilbijerri Theatre touring with acclaimed comedy production Black Ties as Music Director on top of also making his acting debut. 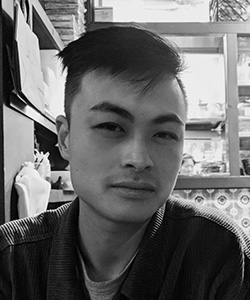 James Lew is a theatremaker and designer originally from Melbourne. His recent works include: Daddy, an immersive dance theatre performance by Joel Bray, commissioned by the YIRRAMBOI Festival, Arts House and Liveworks Festival. I sat and waited but you were gone too long and my sister feather, the first and second instalments in a trilogy of new work by Liv Satchell, exploring intimacy and shared grief between strangers in transitional spaces. Romeo is Not the Only Fruit by Jean Tong, the lesbian electropop musical which has been presented at the Poppy Seed Theatre Festival, Melbourne International Comedy Festival and Brisbane Festival. James is a graduate of the Master of Design for Performance at the Victorian College of the Arts, a recipient of the Orloff Family Charitable Trust Scholarship, Green Room Award nominee and participant of the Besen Family Artist Program at the Malthouse Theatre.

For any further information about the program, please email dap@sydneytheatre.com.au.

The Design Associate Program is supported by Mark & Anne Lazberger.